The U.S. intelligence community, which typically works to inform policymakers at the highest levels of classification, is working to revise its products and sanitize its findings to guard the public against broad disinformation campaigns by foreign adversaries, a top official said Wednesday.

In addition to educating the public on what disinformation is and how to be wary of sources of information, ahead of Russia’s invasion of Ukraine the intelligence community (IC) declassified material to make the public aware of Russian feints, Principal Deputy Director of National Intelligence Stacey Dixon noted.

“What it did do though, was alert the world of what was happening, pointed people so that they were now focused on it and now, if disinformation came out that was going to be used as a justification for the invasion, people would be able to think twice about whether or not that was actually true in a way that had we not publicized it beforehand, had we not shared it beforehand, it’s not clear whether people would have been aware that that could have been disinformation,” she said during an event at the Center for Strategic and International Studies.

While the disclosures ahead of the invasion did not prevent Russia from taking military action, Dixon said there had been “a window of hope of maybe this will keep them from invading.”

Policymakers told the IC that it was important to inform the public of Russia’s efforts. However, this required a rigorous process to determine what to disclose as to not expose the community’s sensitive sources and methods for collecting its classified insights.

The CIA director recently declared this salvo of public disclosure a success in the broader information campaign against Russia.

“I think the work that we’ve done — and it’s not without risk as an intelligence community — to declassify information has been very effective,” CIA chief William Burns told Congress in March.

One such process to get information out was working with private companies and open source intelligence.

“I think we have been thinking about open source information and how it actually fits into the intelligence enterprise for quite a while,” Dixon said. “Figuring out how do we … bring in the information that’s useful and see how it can complement the classified information we have in terms of being able to provide insights to our customers.”

In years past, the military has sought to supplement open source information with its exquisite classified channels as opposed to the other way, a marked shift in the way it did business.

The plethora of open source information puts the intelligence community in a “different place where we are not the sole ones to have access to that information,” Dixon said, which is a net good for the global community.

However, Dixon warned that some are quicker to jump to conclusions and might not assess the information on hand as rigorously as federal agencies.

“I know the rigor with which our analysts interpret information, I don’t know the rigor with which all other analysts interpret information,” Dixon said. “I’ve seen sometimes others, with perhaps less rigor in their analysis, make statements and claims that you really can’t tell [the accuracy of] from that information itself. It may be a logical next step, but our intelligence is based on what we actually see or hear or … measure.”

Dixon also mentioned that the IC worked with and asked commercial satellite imagery companies to publicize photos related to the Russia-Ukraine conflict, as a way to bridge the gap between releasing classified material and those collected from open sources.

“In terms of being able to share more with the public, there’s things that we would have to declassify if we were to use our classified sources,” she said. “It’s easier for [the private sector] because their sources aren’t classified so they’re able to actually just go forward. They’re putting things out there that we aren’t asking them to put out.” 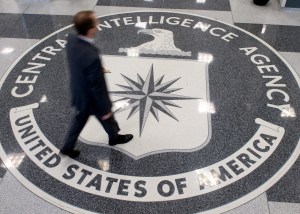