He comes to the company after three decades of government service, including within the National Security Agency, Department of the Navy and the Federal Bureau of Investigation.

Kosiba was most recently a deputy commander with the DOD and represented the NSA and U.S. Cyber Command at the White House. He previously worked as a technical lead for the Naval Criminal Investigative Service and has also served as an adjunct faculty member at Johns Hopkins University.

In the new private sector role he becomes CEO of bracket f, a subsidiary of Redacted that works with federal, state and local government organizations.

Commenting on the appointment, Redacted co-founder and CEO Max Kelly said: “I’ve known and worked closely with Tim for many years at both the FBI and USCYBERCOM, so his addition to our team is significant.” He added: “Based on his experience and relationships, Tim brings the trust that is required to partner with and help protect public sector organizations at all levels.”

His appointment comes after former NSA Director William Crowell in October joined Redacted’s board of directors. 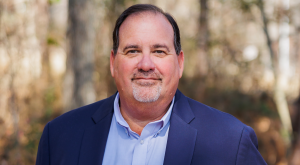