The Pentagon’s inflation projections are unrealistically low and don’t accurately reflect what the Department of Defense’s purchasing power will be next year, according to analysts.

The Biden administration on Monday released its fiscal 2023 budget request. The White House is asking for $773 billion for the Pentagon, including $146 billion for procurement, and $130 billion for research, development, test and evaluation.

During a briefing with reporters, Michael McCord, Pentagon comptroller and chief financial officer, said the total DOD budget would see about 4 percent nominal growth and 1.5 percent real growth over what was enacted for 2022, when accounting for projected inflation.

The numbers put out by the administration forecast a little more than 2% cost growth for the goods and services DOD buys, noted Todd Harrison, director of defense budget analysis at the Center for Strategic and International Studies.

“That does not seem realistic at all,” he said Friday during a panel discussion hosted by the Center for a New American Security, noting that the consumer price index — a metric for measuring inflation — has risen to nearly 8 percent recently.

The Biden administration’s projections may have been based on rosy assumptions made months ago that the high levels of inflation seen last year would be fleeting, Harrison said.

He continued: “The big story here when they talk about, you know, a real increase in the defense budget, when you assume real inflation on top of that, it’s not actually an increase. It’s a decrease in the defense budget if you apply more realistic assumptions using more current economic data about what things are shaping up for in the coming year.”

Mackenzie Eaglen, a defense budget guru at the American Enterprise Institute, said the $773 billion figure is “masquerading” as a higher topline than what was enacted for 2022.

“The messaging from the services is, ‘We all got an increase.’ Of course, people like us are like, ‘Wait, we actually saw nothing that is an increase. You saw a real negative decline in your purchasing power,’” Eaglen said.

Frederico Bartels, senior policy analyst for defense budgeting at the Heritage Foundation, said at this point it’s impossible to predict exactly how high inflation will be in the next fiscal year given how much prices have been fluctuating.

However, DOD’s projection is “completely unrealistic and it’s very detached from the reality that we are all experiencing on that,” he added.

Rising personnel costs also limit the amount of money available for spending on new capabilities, noted Stacie Pettyjohn, director of the defense program at the Center for a New American Security.

The Biden administration’s fiscal proposal for 2023 calls for a 4.6% pay bump for servicemembers and DOD civilians, well above the 2.7% increase seen this year.

“We have the best military personnel in the world. But it is expensive,” Pettyjohn said.

Presidents can make budget requests, but ultimately Congress has the power of the purse. In recent years, lawmakers have appropriated more funding for defense than the White House proposed. Analysts say the same thing could happen when lawmakers take up the 2023 budget.

The issue of inflation will be a “huge” factor in discussions, Harrison said.

The Hill will likely plus-up Pentagon coffers to the tune of $30 billion to $40 billion above what the Biden administration is proposing, Harrison predicted.

Bartels said lawmakers will want to “buy back” DOD’s eroded purchasing power, and they can be expected to try to prevent the divestments of ships and aircraft that were included in the budget proposal.

“I think you’re going to see a lot of gnashing of teeth and a substantially sour mood from the Hill when the senior leaders from the Defense Department come in front of them. And that’s all starting next week” when top Pentagon officials are scheduled to testify at hearings, he noted.

In addition to worrying about inflation and the Pentagon’s purchasing power — a concern that Republicans on the House and Senate Armed Services Committees have been raising publicly — Congress will also be looking at the Biden administration’s new National Defense Strategy and the resources needed to carry it out, Eaglen said.

Lawmakers are “going to address the gaps with the defense strategy and the actual [budget] request, and they’re going to use a variety of ways to get there,” Eaglen said. “But it won’t just be like last year, which was mostly a focus on the unfunded requirements lists from the services. I think this year the Hill is going to want to get more in the driver’s seat in terms of guiding defense budgets higher.” 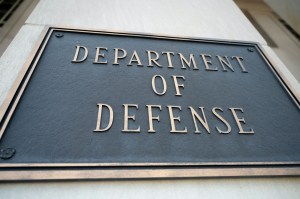