Experts aren’t concerned that the Department of Defense is delaying the award of its multibillion-dollar enterprise cloud capability by several months, they told FedScoop.

Originally planned for award in April, the DOD pushed its anticipated timeline for the Joint Warfighting Cloud Capability to December to allow more time to evaluate vendor proposals.

JWCC will provide what the department and experts say is a much-needed enterprise cloud capability and move beyond the single-vendor model of the ill-fated Joint Enterprise Defense Infrastructure (JEDI) approach to a multi-vendor approach. In November, DOD invited four vendors to bid on contracts for the JWCC acquisition.

Several experts familiar with defense IT acquisition said the delay in award shouldn’t be an immediate cause for concern, citing the unprecedented nature of a multi-vendor enterprise cloud effort.

“I’m not surprised that something would’ve popped up in some level of review of that strategy or preparing the final proposals,” said Jack Wilmer, CEO of Core4ce and former chief information security officer and deputy chief information officer for cybersecurity at DOD. “There’s so many different things that can pop up that can cause delays. This is a pretty novel acquisition strategy to be able to get to these cloud providers in this manner.”

There’s a lot of technical research and vendor engagement that needs to be done on something like this and the fact that this is a somewhat new endeavor for DOD, it stands to reason there could be a slight delay in awards given how big and complex the undertaking is, said Juliana Vida, chief technical adviser at Splunk and former Navy deputy chief information officer.

“It’s very prudent that they realize: ‘OK, maybe we made a mistake with the projection of the award date and let’s do some more due diligence,’” she said.

Others pointed to the fact that while the DOD isn’t completely starting over from the JEDI acquisition, there isn’t a lot that can be reused from the single-vendor approach to the current multi-vendor approach.

“I’m not going to say they’re starting over, but … the requirements [for JEDI] were derived probably five years ago, which is, generations of technology,” said Rob Carey, president of Cloudera Government Solutions and former DOD deputy chief information officer. “I and my compadres all wondered about that strategy of single award because that strategy basically gives you vendor lock-in and gives you price lock-in with whatever that guy tells you is the price, you’re going to pay for it now.”

Carey noted that the DOD has to work with the military services to get the requirements right so they’ll be on board.

“You have to get the services aboard. You have to get Army, Navy, Air Force, Space Force, and Marine Corps aboard with their specific requirements now that there are four potential vendors,” Carey said.

Awarding the initial JWCC contracts might not be the real challenge, Wilmer contended. Rather, it’ll be ensuring the award of individual task orders.

“The key to me is actually not about getting these original contracts awarded — it’s how do we ensure speed of task orders, being able to get out there and be awarded really quickly afterward. It’s those task orders that are going to be the bulk of the funding that flows through those vehicles,” Wilmer said.

The JWCC contract will have a ceiling of $9 billion with three base years and two option years. It will potentially be four separate contracts with four vendors and there will be competition at the task order level among them based on mission owner requirements, officials have said.

“Having a competition at task order level is the best thing to get pricing for the individual user,” Carey said. “That is really a good strategy. I think that does add a little bit of complexity to the contract, but, in the long run, that is clearly the best way to go.”

In announcing the award delay from April to December, DOD officials were confident in the strategy, approach and that the December timeline won’t slip.

“Concern is maybe not the right word. Frustration would be my word,” Carey said. “What I mean by that is remember this contract was intended to be the go-to. You want to go to the cloud, here’s your vehicle. It’s providing a vehicle for the entire Department of Defense to use, and probably other organizations” to use.

Vida said she hopes this doesn’t turn into kicking the can down the road and never getting anything out.

“The mission leaders truly do understand that the time is way past for robust, modern technology to get in the hands of warfighters. I believe that there’s so much positive pressure to move that forward that kicking this contract past December is just probably not going to happen. It’s just not tenable. Nobody benefits from that,” she said.

The longer this contract process drags out before an award, one concerning aspect is the potential to harm industry collaboration.

On any major contract, several companies will partner together to bring forth a more robust offering. But Vida said the longer this goes on, there is the potential for those relationships to go from friendly and collaborative to fractured as organizations will always work in their best interests.

“I hope that the time delay won’t lead to more of the adverse behavior inside industry because again, nobody benefits from that,” she said. “Everyone will benefit when vendors and cloud service providers can work together … It would be good to not see more negative behavior on the industry side.” 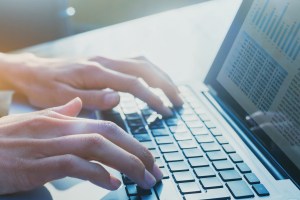