The Pentagon and the Intelligence Community (IC) are set to wrap up a “space strategic review” in late June or July, according to a senior Space Force official.

For it, the Space Force and IC are jointly assessing U.S. needs associated with offensive and defensive weapons and deterrence capabilities, and classification challenges that can hinder the application of those technologies.

This study was tasked to the agencies by the National Security Council. Eventually, it will be shared with the White House to help shape national initiatives and budgets for future fiscal years.

“I anticipate that that will set our playing field, if you will, and define some of the policy aspects for this administration,” Lt. Gen. William Liquori Jr., deputy chief of space operations, strategy, plans, programs, requirements and analysis, said Thursday at a Mitchell Institute event.

The U.S. government needs to address multiple issues, including how the Space Force must consider and balance the offensive versus defensive weapons and tools it invests in — and if certain information should be declassified to help the country better work with international partners to deter threats from adversaries, he said.

“We recognize the need for not only resilient architectures, but the Unified Command Plan tasks U.S. Space Command with offensive and defensive operations, and now our own Capstone Doctrine document highlights that. But we’ve got to work that through the process, and so we’ll work [through] force designs to talk about what mix of capabilities are needed,” Liquori said, adding that “we’ve got to do that within the bounds of policy.”

The in-the-works strategic review could help inform those “bounds.”

Since the start of the year, Liquori’s team has also been working with officials from the IC, other military services, combatant commands, and other organizations, to fully grasp all the Pentagon’s requirements for space-based intelligence, surveillance and reconnaissance (ISR) operations.

“What we anticipate is we’ll have an ISR needs memo that says, ‘here are all of the DOD’s space-based ISR requirements.’ There is a large portion of those that the national intelligence community already meets and will be able to continue to meet. We don’t want to replace that, but we do believe that when you look at that, the next step after that needs memo is a gap analysis,” Liquori explained. “We do believe that while the [IC] will be able to fill a large portion of that there will be a subset that’s left over, and that would be Title 10-type capabilities that it makes sense for us to go do.”

While the Space Force is building its own assets for tactical ISR, Liquori said he anticipates the service will take a hybrid approach and deploy a combination of commercial and government-owned and operated technologies.

“There are a large amount of commercial companies that are getting into this space or are already in this space, and it would be shortsighted of us not to leverage what’s out there,” he said.

Liquori said there are lessons to be learned from the ongoing Ukraine-Russia conflict, something other senior Pentagon officials have also been reflecting on. 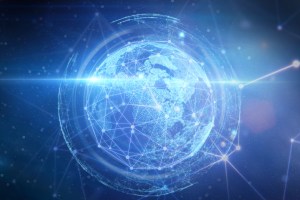