A new round of U.S. security assistance for Ukraine, announced Friday, will for the first time include ScanEagle unmanned aerial systems that could be used to locate and target Russian forces.

The long-endurance intelligence, surveillance and reconnaissance (ISR) platform is characterized as a Group 2 UAS based on its weight and other characteristics. The platform is about 5 feet in length with a maximum payload weight of 11 pounds, according to manufacturer Insitu, which is owned by Boeing. It can operate at altitudes up to 19,500 feet and can loiter for more than 18 hours.

The ScanEagle can be equipped with a variety of sensors including electro-optical and infrared cameras, and feed information back to users using encrypted data links.

Notably, the platform is “runway independent” and is launched by catapult, providing users more flexibility than some of the larger surveillance drones that have been developed that require more infrastructure for deployment.

The Pentagon has provided Puma ISR drones — a smaller Group 1 UAS with much less endurance than the ScanEagle — to Ukraine as part of previous security assistance packages, as well as kamikaze drones such as the Switchblade and the newly developed Phoenix Ghost.

The new $775 million security assistance package approved by the White House includes 15 ScanEagles and a variety of other military systems, according to Pentagon officials.

“As President Biden has made clear, we will support Ukraine as they defend their democracy for as long as it takes. The United States will continue to work with its Allies and partners to provide Ukraine with key capabilities to meet Ukraine’s evolving battlefield requirements,” the Defense Department said in a press release. 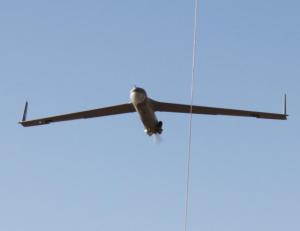 US to provide ScanEagle drones to Ukraine