The Ukraine-Russia war highlights the need for more U.S. troops to learn how to use counter-drone weapons on the frontlines of future battlefields, according to the director of the Pentagon’s Joint Counter-small Unmanned Aircraft Systems Office (JCO).

Ukraine and Russia have employed a variety of airborne robotic platforms in the ongoing conflict — including modified commercial drones — for intelligence, surveillance and reconnaissance (ISR) and to attack their adversary’s forces. The U.S. military is sounding the alarm about the need to beef up its counter-unmanned aerial system (C-UAS) arsenal and skill set for forward-deployed soldiers to address these types of threats.

“What we’re seeing in Ukraine, I think, is bringing more to light of what we already know — that when you scale this [drone] capability from a small quadcopter all the way up to a larger Group 3 [system] and are able to leverage ISR to put other effects of other systems to bear, really shows the importance of having counter-UAS at scale, not just at a fixed site, but all the way down to the operational level,” JCO Director Maj. Gen. Sean Gainey said during an AUSA webinar broadcast Tuesday. Gainey is also the Army’s director for fires, G3/5/7.

More capabilities and more training are needed to protect mounted and dismounted units, and to counter small Group 1 and Group 2 drones as well as larger systems such as Group 3 platforms, officials say.

“Every soldier, almost like [nuclear, biological and chemical protection] individual skills — every soldier will have to understand how to use a, you know, individual weapon that … you can shoot a small UAS [with] or a Dronebuster EW type of system, or any of our other electronic warfare type system that may be employed at division [tactical operations centers], or even forward with the brigade location. So that’s how we in the Army and how the fires center is moving forward from a doctrinal perspective to get after this,” Gainey said.

The Army is currently fielding a set of counter-drone technologies at the division level.

“I truly feel as we field this capability inside of our divisions and we give those division commanders that capability and those soldiers are trained … and understand how to integrate into the division fight, maneuvering with the division, that’s where I think this really takes off, because then they’ll go to the [combined training centers], they’ll train down there and they’ll get the [tactics, techniques and procedures] down on how to employ this capability. And then you’ll see the innovativeness of this,” Gainey added.

The Defense Department is eyeing a variety of additional counter-drone tools.

In April at Yuma Proving Ground, Arizona, the JCO put high-powered microwave weapons through their paces. In September it plans to host another technology demonstration.

“It’s taking some of our current systems and really re-baselining where we’re at … and see from a technology standpoint, how far you can push the envelope with those current systems,” Gainey said. “We’re bringing those systems and a few other government systems that are out there to operationally assess and putting them all out there at Yuma and seeing … with the updates that they’ve made, how have we improved those systems moving forward.”

In the coming weeks, the JCO plans to announce the focus areas of the next demonstration slated for Spring 2023, and then ask industry what it can provide to address those.

The Defense Department is taking a layered systems approach to dealing with drone threats, to include electronic warfare, directed energy weapons, “kinetic effectors” such as missiles, and supporting technology such as radars.

Gainey said U.S. forces need to have multiple engagement options, noting that electronic warfare systems like jammers might not be effective against autonomous drones that adversaries could employ in the future.

“The autonomy is a distinct effort to evade a lot of our EW-type systems … trying to get away from what the EW systems are targeting, whether it’s the connection between the operator and the drone, or the different type [of] satellites they’re leveraging. And that’s where the kinetic effects come into play and the radar. And that’s the beauty of the system-of-system approach, layered system” approach, he said.

“You may have an autonomous vehicle coming at you. It should be agnostic to the operator, because he may not pick it up with his EW system, but his radar system picks it up. And then he knows he needs to leverage one of his kinetic effectors against it,” he added. 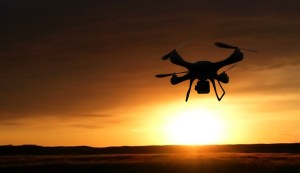