The Department of the Air Force‘s office that doles out small contracts to tech companies has a new director, Maj. Amanda Rebhi.

Speaking to FedScoop, she said that her objective in taking the reins of AFVentures is to keep much of the current processes in place for companies looking to get their foot in the door with the Air Force. She will be the office’s second director, and says she doesn’t yet anticipate making any major changes but wants to improve the processes already in place.

“What I want to do is make it a well-oiled machine,” Rebhi told this publication.

AFVentures is a part of the innovation-focused AFWERX office that partners with small tech companies to rapidly award contractors money to bring them into the Air Force’s innovation base. The contracting vehicle AFVentures works with what are called Small Business Innovation Research (SBIR) awards and Small Business Technology Transfer (STTR). Since its founding in 2018 it has awarded $710 million in contracts to more than 1,400 small companies, according to its 2020 annual report.

Rebhi said that for every dollar AFVentures awards to a company, $11 worth of private investment is put into a company.

“We have seen our success over the last three years,” She said, adding “investment keeps going up year after year.”

Rebhi previously worked as a transfer acquisition manager at AFVentures under outgoing director Maj. Jason Rathje. She also previously worked on the Air Force’s Pitch Day events, through which the department has issued hundreds of millions of dollars in SBIR contracts in a matter of days to companies that brought interesting new tech.

“Amanda’s critical thinking, strategic mindset, and empathetic responsiveness affords AFVentures the ability to continually adapt to an ever growing demand while meeting the outsized expectations for which the organization is known for,” Jason Rathje told FedScoop in an email. “She’s the right person for the job, and I am extremely excited for the performance of the organization under her tenure as AFVentures Director.”

One of the parts of the current “machine” AFVentures has built that Rebhi plans to keep and build on is the “open-topic programs.” Instead of soliciting ideas on specific areas of tech, AFVentures will entertain any problem set or solution that has a national security application.

“We are already proving that this concept works,” she said.

AFVentures sits at the beginning stage of what some call the “valley of death,” the long time companies often have to wait between earning a SBIR and a major, high-value contracts. Rebhi said the Air Force has increased the amount of money that can be awarded through other phases two and three of the SBIR process. Other potential solutions include a new $100 million innovation fund to help bridge promising companies between SBIR funding and major contract wins.

Editor’s note: This story was updated to clarify that AFVentures awards commercial contracts to defense industrial base contractors rather than grants. 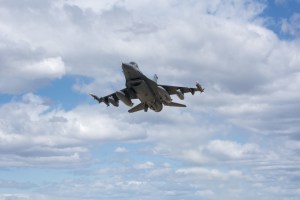