Data and algorithm deficiencies, workforce culture, and limited funding are just some of the challenges that have contributed to predictive maintenance not being fully implemented on any of the Defense Department’s weapon systems to date — a trend which could increase sustainment costs and reduce weapons availability, according to a Pentagon watchdog.

Predictive maintenance is a technique military officials apply to forecast the future failure points for weapons components before they malfunction or completely stop working. It relies on captured data from sensors or historical records to determine conditions and enable predictions regarding maintenance for a part or full piece of equipment. It can also leverage artificial intelligence and machine learning, and is one element of the DOD’s overarching condition-based maintenance plus (CBM+) approach for knowing its equipment’s conditions and minimizing unscheduled repairs.

The Pentagon has made progress over the last two decades toward establishing CBM+ and predictive maintenance-related guidance and technologies. However, the department “could miss opportunities to decrease maintenance cost and increase weapon system availability if predictive maintenance strategies are not fully implemented across the services, as appropriate,” according to the results of an audit published Wednesday by the DOD Office of Inspector General (OIG).

The Pentagon’s first CBM+ policy memorandum was issued in 2002 to lay a path for implementation, after the deputy undersecretary of defense for logistics and materiel readiness directed that a new strategy be launched to “improve maintenance agility and responsiveness.” In 2007, the department issued instruction 4151.22, which required all military units and DOD agencies to consider CBM+ when selecting maintenance processes and to implement it on existing weapon systems where feasible.

That policy was updated over the years, including in August 2020.

Now, Defense Department components are directed to use CBM+ as a primary strategy for weapon lifecycle sustainment. This means CBM+ concepts have to be “fully integrated in the Joint Capabilities Integration and Development System process for all new weapon systems,” and in current weapon systems where it’s possible and cost-effective.

The OIG conducted this latest audit to figure out how and whether the Pentagon tracked and shared insights on predictive maintenance and its effects — and if associated strategies met initial goals.

In meetings with multiple DOD offices and all military branches, the OIG found that each service experienced various levels of success with predictive and condition-based maintenance.

“While the services had not fully implemented predictive maintenance, they were replacing parts periodically based on forecasts, using software and health monitoring tools to improve condition-based maintenance (preventive), or improving predictive forecasts with pilot programs,” the watchdog said.

The reviewers offered a range of examples reported by those they interviewed.

An Army official, for instance, confirmed that the UH-60 Black Hawk transport helicopter is equipped with software that identifies when a part is showing signs of needing replacement. Army officials also previously worked with the office formerly known as the Joint Artificial Intelligence Center to develop nascent algorithms for Black Hawk predictive maintenance.

Among other pursuits, Navy officials noted using an assessment and readiness tool to identify parts facing degradations ahead of full-on failures, for the F/A-18 Hornet fighter jet.

Still, the OIG ultimately found that the Defense Department did not fully implement predictive maintenance on any existing weapon system, develop comprehensive strategic plans or policies, have full visibility of its number of CBM+ and predictive maintenance projects, or introduce proper training. Challenges associated with personnel culture, funding and technology have also contributed to these efforts not coming into full fruition by now, it noted.

“An [official from the Office of the Deputy Assistant Secretary of Defense for Materiel Readiness] stated that a lack of quality data is one of the main issues hindering predictive maintenance implementation,” the audit said.

It further quoted multiple other service officials who flagged the need for data and AI-related improvements.

“Service personnel across the DOD also noted that a lack of appropriate workforce skillsets, such as data analysts to understand the data and algorithms used to make maintenance forecasts, hindered implementation of CBM+ and predictive maintenance strategies,” the audit said.

The OIG made several recommendations to some of the military branches associated with their specific needs and programs. Additionally, it directed the deputy assistant secretary of defense for materiel readiness to produce a mechanism to report and provide visibility of all of the Pentagon’s CBM+ and predictive maintenance projects and tools, and to standardize a method to distinguish parts removed based on these processes.

All recommendations have been agreed upon, except one regarding training development that remains unresolved, according to the report. 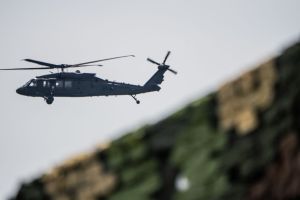