Secretary of Defense Lloyd Austin has chosen Abraham Denmark to be his senior adviser for a high-profile trilateral initiative to develop cutting-edge capabilities to counter China.

The AUKUS pact between Australia, the U.K. and U.S. was created last year and aims enhance cooperation on military technology between the longstanding allies who share concerns about Beijing’s military modernization and behavior in the Indo-Pacific region and elsewhere.

“Today, Secretary Austin named Abraham Denmark to serve as his senior adviser on AUKUS,” Acting Pentagon Press Secretary Todd Breasseale said in a statement Friday. “In this role, Mr. Denmark will advise the secretary and coordinate efforts across the Department to move rapidly in delivering on the promise of this historic partnership to help Australia establish a conventionally armed, nuclear powered submarine capability and to accelerate development of advanced capabilities to serve security and stability in the Indo-Pacific.”

Denmark tweeted: “I am honored to return to the Pentagon to serve as senior advisor to @SecDef for #AUKUS. I look forward to working closely with the exceptional team at the @DeptofDefense and with our allies to deliver on the promise of this historic partnership.”

The AUKUS initiative is focused on a slew of advanced military technologies including undersea capabilities, quantum, artificial intelligence and autonomy, cyber, hypersonics and counter-hypersonics, and electronic warfare, according to a White House fact sheet.

Prior to his new assignment, Denmark held the position of vice president of programs at the Wilson Center think tank in Washington. He previously worked at the Pentagon during the Obama administration, serving as deputy assistant secretary of defense for East Asia from 2015 to 2017. In that role he “advised the Secretary of Defense and other senior U.S. government leaders on a broad set of security issues related to East Asia, including the development and implementation of U.S. defense strategies, plans, policies, statements, and activities in the region,” according to his Wilson Center bio.

Meanwhile, James Miller will continue to serve the U.S. Coordinator for AUKUS at the National Security Council, according to Breasseale. 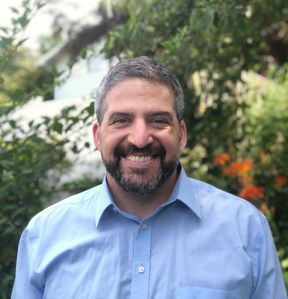