The Defense Department is about to release a white paper asking industry for new ideas for countering adversaries’ kamikaze drones. That outreach will be followed by a technology demonstration later this fiscal year, according to officials.

Kamikaze drones — also known as loitering munitions, suicide drones, or one-way attack (OWA) unmanned aerial systems — have played a prominent role in the ongoing Ukraine-Russia war and have also been used in other regions of the world such as Nagorno-Karabakh and the Middle East. They’re also a growing concern for U.S. military commanders who want to protect their forces.

“My challenge working with, you know, our [combatant command] partners is, you know, how do we stop the one-way attack UASs that have grown from these quadcopter type threats … more to, you know, destructive loitering munitions” that are being used in Ukraine and elsewhere, said Army Maj. Gen. Sean Gainey, director of the Joint Counter-small Unmanned Aircraft Systems Office (JCO) and director of fires in the Office of the Deputy Chief of Staff, G-3/5/7.

“This is so important and why my office was designated to get after this problem set,” he said during a presentation at the Association of the United States Army’s annual convention in Washington on Wednesday.

The JCO, as the executive agent for DOD initiatives to defeat Group 1-3 drones, is planning to host a technology demonstration in the third quarter of fiscal 2023 and will soon ask industry for white papers.

“That request for white paper will outline what we’re looking for from industry on a defeat of Group 3 one-way attack [drones]. We know this is a threat. We know it’s important to the COCOMs, important to the services,” said Col. Michael Parent, division chief for acquisition and resources in the JCO.

“We want to make sure that we can put this out to industry and let them come back with the solutions. We’re not going to tell them how to do it, they’re gonna come back and tell us how they can solve this problem to get after this threat, which is continuing to evolve. Our adversaries are continuing to evolve this threat, and we must be able to be in the forefront to get at it. And that’s what that demo intends to do,” he added.

The white paper is expected to be released in the next week or two, according to Parent.

Kamikaze drones are the high priority threat, he noted.

The JCO has an “aggressive timeline” for moving forward after the white paper comes out, he noted.

“We want to get the goodness from industry and what they can do,” Parent said. “We’re gonna expect industry to come back very quickly. We’re going to evaluate their proposals, hear from them about those proposals. And then we’re going to react very quickly to it and get to that demo and very quickly get after it.”

Gainey noted that the U.S. military needs a layered defense to address a variety of drone threats.

While electronic warfare systems are one option, “kinetic” air defense capabilities may be better suited for defeating loitering munitions, he suggested.

“I don’t want you to walk away from here thinking that we don’t have capability just because we’re doing a demo. We do have capability. And our integrated air-and-missile defense posture that we’re developing in the Army also provides a capability against the Group 3” systems, Gainey told DefenseScoop.

The JCO is working with the services and combatant commands on the update, with the aim of publishing it by the end of this calendar year.

To office is also looking for better ways to help get advanced technology developed by industry into the hands of soldiers, sailors, airmen and Marines.

“We are currently developing a process, right, in which industry can submit their counter-UAS capabilities … to get JCO endorsement,” Lee said. The ultimate goal is to publicize those up-to-date, advanced capabilities for the services and the combatant commands to then procure.

“Not only is it a current problem, but we believe that as we start developing better capabilities, we’re going to have to be in a continuous improvement process” to keep up with threats, he said.

During the Iraq and Afghanistan Wars, the Army accepted risk in its air-and-missile defense portfolio as it prioritized other efforts, he said.

“We are now pursuing the growth of that at the max possible speed,” he said. “There’s going to be a need to continue to provide [soldiers] with new and better kit.”

However, the Army isn’t just focused on defensive capabilities, he noted, adding that the joint force also has a lot of offensive capability to go after these types of threats.

Meanwhile, the U.S. military has its own kamikaze drones and is developing new ones. For example, the DOD has provided AeroVironment’s Switchblade systems and AEVEX Aerospace’s new Phoenix Ghost drone to Ukraine for use against Russian invaders.

“What I’d be concerned about and most hopeful to do is to just take advantage from an acquisition standpoint of the innovation” that’s happening in industry, Assistant Secretary of the Army for Acquisition, Logistics and Technology Doug Bush told DefenseScoop at the conference.

He noted that vendors have been showcasing their systems at the AUSA convention and other trade shows.

“There’s lots of companies innovating here, which is great,” he said. “We’re not dependent on one company for this, we’ve got tremendous innovation happening in this space. So it just gives us lots of opportunities … When the Army decides to prioritize this, I think that gives us the ability to go very quickly when we get there using for example rapid prototyping, or if it’s far enough along even just a rapid fielding pathway if we need to.” 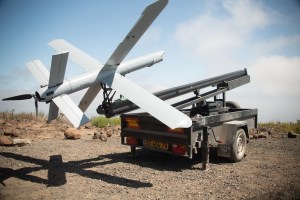