The Army Corps of Engineers proposed a federal rule change that would expand a “danger zone” in the Potomac River to facilitate Naval Surface Warfare Center-led tests of lasers and other directed energy weapons as well as infrared sensors for detecting airborne chemical or biological agent simulants. Operations of robotic watercraft and crewed vessels in that portion of the river would also be extended.

Public comments regarding the military’s expansion plans are due by Jan. 4, according to a notice of proposed rule-making recently published in the Federal Register.

Exact geographical coordinates are provided in that request, but the regulations that would be amended apply broadly to a defined zone in the Potomac waters near Dahlgren, Virginia where the Naval Surface Warfare Center, Dahlgren Division (NSWCDD) — the Navy’s major surface warfare RDT&E center — conducts target practice and other activities that could pose risks.

This request to amend the danger zone emerged in one of the Dahlgren Division’s technical departments several years ago.

“They have the need to conduct non-explosive testing in over-water environments and range time can be difficult to coordinate and schedule in between traditional explosive testing that occurs regularly. Expanding the middle danger zone increases our operational flexibility to allow both non-explosive and explosive work to occur simultaneously,” an official from NSWCDD’s corporate communications told DefenseScoop in an email.

With research and testing infrastructure developed over the last century and thousands of scientists and engineers on the team, NSWCDD facilitates the Navy’s efforts to proof-test its weapons, integrate new warfare capabilities into its operations, and develop chemical and biological defenses, next-generation lasers and other technologies.

The new rule-making notice is brief. But, in it, officials argue that “the expansion of the middle danger zone is necessary to protect public safety and satisfy the Navy’s requirements for weapons training.”

In response to questions regarding more specifics about the existing and planned activities in the danger zone that warrant this proposed expansion of coverage, the NSWCDD official referred DefenseScoop to Chapter 2 of the division’s environmental impact statement from 2013, “for more information on the types of testing conducted” by the division.

Among multiple scenarios, that document mentions testing drones as platforms for directed-energy emitters, and high-energy lasers to destroy floating targets.

“Please note that explosives operations are not expanding” under the proposed rule, the official added.

At this point, they said, the Navy’s team has not identified any “back-up plans or alternate sites,” in the case that the request is not approved.

The Army Corps of Engineers holds authority to issue, modify, or rescind danger zone regulations issued under the authority of the U.S. code.

“There is a 30-day public comment period for the proposed rule. USACE will fully consider any comments received on the proposed rule during that time,” a USACE-Baltimore District Corporate Communication Office public affairs specialist told DefenseScoop. 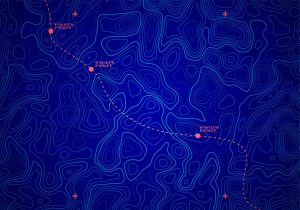