He was confirmed unanimously by a voice vote on Feb. 2 after first being nominated for the position by President Biden in July last year.

Hunter was previously director of the Center for Strategic International Studies’ defense-industrial initiatives group and also worked as a senior fellow within the center’s international security program.

Before joining CSIS in 2014, he was director of the Department of Defense’s Joint Rapid Acquisition Cell, where he led the warfighter senior integration group. Prior to this, he served as chief of staff to Frank Kendall and Ash Carter while they held the now-defunct post of defense undersecretary for acquisition, technology and logistics

In a brief statement, the Department of Defense said: “In performing the duties of USD(A&S), Hunter is responsible for all matters pertaining to acquisition; contract administration; logistics and materiel readiness; installations and environment; operational energy; chemical, biological, and nuclear weapons; the acquisition workforce; and the defense industrial base.” 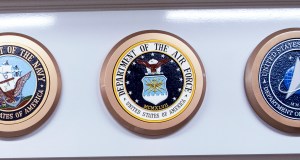