The U.S. military needs something akin to a Predator drone in space to keep a persistent eye on adversary satellites that could pose a threat, the Space Force’s director of intelligence, surveillance and reconnaissance said Thursday.

Russia and China have both in recent years developed counter-space capabilities that threaten some of the U.S. military’s most essential global communications systems, said Maj. Gen. Leah Lauderback, adding that the force needs to find a way to keep a better eye on them.

In 2020, Russia put into orbit a type of system that could be used to attack critical Pentagon space assets, Lauderback noted at a virtual event hosted by Defense One.

“It was very concerning to us that they had what we assessed as a counter-space capability essentially flying near one of our [satellite] capabilities and following us around,” she said.

China poses an even greater threat than Russia, according to Lauderback.

Over the last 10 to 15 years, Beijing “has truly modernized and built a capability — a counter-space capability — that would in essence take away our enabling capabilities for the rest of the joint force,” she said.

A Chinese or Russian attack on U.S. satellites could knock out the military’s communications, command and control, and positioning, navigation and timing (PNT) capabilities, she noted.

“This should be scary to every person in uniform. And so we in the Space Force believe it is our responsibility of course to protect and defend what it is that we have on orbit,” said Lauderback.

During the post-9/11 wars in Iraq, Afghanistan and elsewhere, MQ-1 Predator drones and follow-on systems such as the MQ-9 Reaper became iconic for their ability to spy on and target adversaries.

It would be helpful if the Space Force and U.S. Space Command had a similar capability, Lauderback suggested.

“When I was at U.S. Space Command … I felt like what we needed was a persistent [system] like a Predator in space,” she said. “That’s the simplest way for me to say I need something that’s probably orbiting or sitting really close to whatever capability that counter-space capability might be so that I can watch it persistently.”

Lauderback continued: “There’s so many things that are in space, there’s no way that I would say let’s do that for everything. But let’s prioritize and figure out … what are the most important things that we do need to be tracking, and how do we — how do we track those?”

The service needs to approach the task of defending space assets with a “warfighting mentality,” she asserted.

“From an ISR perspective … the first thing that we’ve got to be able to do is to see and characterize [and] identify what is happening either on orbit” or in other locations where an enemy’s anti-satellite weapons could be based, Lauderback said. “Those are the things that we’re looking at to build that … warfighting capability for the Space Force and for the joint force writ large.”

A series of small satellites equipped with high fidelity sensors could give the Pentagon extra eyes to monitor potential space-based threats, attribute harmful actions, and perhaps even thwart them ahead of time, she suggested.

The commercial sector, which has been developing and launching new satellites into low-Earth orbit, could help the Department of Defense achieve Lauderback’s vision.

“Industry is, you know, just essentially cranking these things out on a regular basis,” she said.

That trend is driving technology development and lowering costs.

“We can collaborate with the commercial sector,” she said. “We need to do some of our own analysis and research to figure out how do we, you know, what is the best way about going out to do this.”

Many commercial and U.S. Intelligence Community satellites are designed to look down and monitor what’s happening on Earth. But the Space Force also needs systems that “look up,” she noted.

It will take some time to acquire the capabilities that Lauderback envisions, but the Pentagon could have them fielded less than 10 years from now, she predicted. 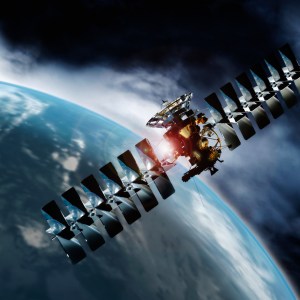