After zeroing out procurement funding last year for an important electronic warfare program that would allow brigade commanders to conduct jamming and limited cyberattacks from the air, the Army added $3 million for the project in its fiscal 2023 budget request.

The 2022 budget saw a cut in what previous budget plans had forecasted would be $12 million in procurement for Multi-Function Electronic Warfare-Air Large, a pod mounted to an MQ-1C Gray Eagle drone. The system is capable of serving as the first brigade-organic airborne electronic attack asset, and providing limited cyberattacks.

The system was designed to be used by combat aviation brigades.

It is the only long-range EW sense-and-attack program of record in support of long-range precision fires and assured positioning, navigation and timing, which is critical to closing capability gaps in the electromagnetic spectrum for multi-domain operations, according to the Army.

The $3 million will support the procurement of engineering and logistics services for two fielded systems, which are built by Lockheed Martin.

The Army didn’t include any other procurement funding for Multi-Function Electronic Warfare (MFEW) across the future years defense program (FDYP), a five-year budget projection of the Department of Defense’s investments.

The shift to multi-domain operations and evolving threats from sophisticated adversaries have pushed the Army to rethink many of its programs, MFEW included. The Army’s top acquisition official for the electronic warfare portfolio described a “prove it” phase for MFEW after the service zeroed out procurement.

“We’ve got to show that the MFEW capability can operate in a robust environment and potentially on platforms, not just the Gray Eagle, but looking at diversified platform set … and looking for how MFEW will operate before we make a commitment on how we’ll necessarily go after a capability like MFEW in the future,” Mark Kitz, program executive officer for intelligence, electronic warfare and sensors, said last year. “I think over the next year the Army is going to get some data and learn how this MFEW capability will enable how we want to operate in the future, and I think that data will then inform how we go forward with an MFEW-like capability.”

Despite the procurement cut last year, the Army still dedicated $12 million in research and development funding to the program.

Last year, the Biden administration did not provide FYDP numbers for any of its programs, making it impossible to compare what the Army thought it was going to spend in the out-years versus what was actually requested in the follow-on budget.

Now, the Army is looking to potentially update the requirements based upon the maturing concept for multi-domain operations, Ken Strayer, program manager for electronic warfare and cyber at Program Executive Office for Intelligence, Electronic Warfare and Sensors, told FedScoop.

The potential update was first reported by Breaking Defense.

Officials had previously alluded to a change in platform and units for the pod. The pod is platform agnostic and the Army had been working with other units such as the Multi-Domain Task Force in the Pacific to outfit them with it.

Strayer said the requirement is still for the pod to be mounted on the Gray Eagle, but demonstrations have proven it can operate from other platforms.

The requirement is to outfit combat aviation brigades with MFEW, Strayer said.

As for activities in the next fiscal year, Strayer said MFEW is scheduled to complete developmental and limited user tests to assess the system’s capability to operate in support of multi-domain operations. Based upon the results of the tests, scheduled for early fiscal 2023, the Army will make a limited fielded decision.

Fiscal 2023 Army budget documents note the service is not asking for any R&D funding for MFEW.

Officials have said that MFEW is part of an overall family of systems that when used in tandem are integrated to provide needed electronic warfare and cyber effects.

Another key program within this broader family is the Terrestrial Layer System-Brigade Combat Team (TLS-BCT), a Stryker mounted platform that will serve as the first integrated electronic warfare, signals intelligence and cyber platform for brigades. According to budget documents, it will provide “Indications and Warnings, Force Protection and Situational Awareness to influence the commander’s decision cycle, improve targeting timeliness and accuracy, and provide the maneuver commander with electronic attack and offensive cyber warfare options to deny, degrade, disrupt, or otherwise manipulate the targeted force.

The Army asked for $88.9 million in procurement dollars for fiscal 2023 for six TLS-BCT systems and $1 billion across the FYDP.

The Lockheed-made system is expected to begin fielding to units in fiscal 2022.

In addition to TLS-BCT, the Army is also developing a program called TLS-Echelon Above Brigade (TLS-EAB). This system is capable of signals intelligence, electronic warfare and cyber operations and will be used by the Multi-Domain Task Force. As advanced adversaries are forcing the Army to operate across greater distances, it needs to be able to sense farther at higher echelons such as division and corps.

There are no procurement dollars for the system as it is still being developed, but the Army is asking for $29.6 million in R&D funds in 2023 and $85.7 million across the FYDP, which would go towards continued prototyping and integration.

The Army is also working on fielding its Electronic Warfare Planning and Management Tool (EWPMT).

Described by officials previously as the glue holding all aforementioned electronic warfare capabilities together, EWPMT is a command-and-control planning capability that allows forces to visualize the potential effects of electronic warfare in the field and chart courses of action to prevent jamming.

Last year, the program underwent its initial operational test and evaluation and will be approaching a deployment decision scheduled in fiscal 2022.

The fiscal plan does not request any procurement dollars for the program but does designate $2 million for research and development in 2023 and $50.9 million across the FYDP.

Moreover, the program is nearing the end of its first contract where it delivered a series of capability drops, which were incremental software that built upon previous iterations.

Strayer said the program intends to award a follow-on contract for fielding, training, support and product improvement in late fiscal 2023.

The R&D funds will be used to maintain relevancy of the software, which includes sensor integration and networking capabilities, he added.

Following the deployment decision, the program will seek to upgrade units that have earlier versions of EWPMT to a baseline capability subject to availability of funding, Strayer said. 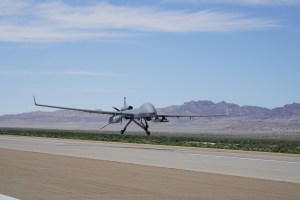