The new application — GigEagle — will be powered and scaled by Eightfold AI in partnership with Carahsoft Technology Corp. through a recently awarded other transaction prototype contract with DIU, the companies announced Tuesday.

It’s no secret that the Pentagon is confronting a nonstop struggle to recruit and retain the nation’s top personnel with technology expertise, and it’s only getting tougher.

Unveiled almost a year ago as an app like Uber but for placing DOD talent, GigEagle is intended to help highly-skilled military members — particularly, Reservists and National Guard members — embedded in units where they are often undiscoverable by the private sector or other Defense components. The aim is to increase their visibility and match then with short-term, project-based duties that contribute to Pentagon missions.

The tool employs AI and machine learning algorithms and methodologies to identify the right officials — based on their rare and valuable skill set — to serve in specific roles where there are gaps.

These “gig-like” projects will be conducted in-person at onsite facilities, remotely, or some combination of both. Funding for the work will be provided off-platform through traditional channels. Digital know-how in AI, information technology, human systems, autonomy and space is of particular interest.

At this point, the platform is accessible by invitation-only. It’s slated for testing by initial cohorts later this year. 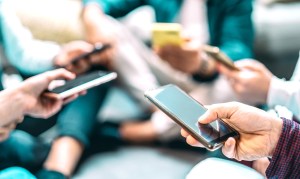