The Army is getting more creative when it comes to the way it awards and packages contracts in order to increase speed of delivery and flexibility, a top acquisition official said.

“We are working on multiple different pathways … We’re actually doing something that none of the other services are doing — we’re doing software pathway embedded in MTA [middle tier acquisition] to get at the requirements faster and get capabilities to soldiers faster,” Young Bang, principal deputy assistant secretary of the Army for acquisition, logistics and technology, said during a panel at the Army’s Technical Exchange Meeting in Philadelphia Tuesday.

Middle tier acquisition refers to a contracting vehicle that is used to rapidly field prototyped capabilities.

He added: “One of the things that we need help on is driving the feedback to capabilities and requirements faster.”

The software acquisition pathway seeks to use common industry practices such as development operations and agile development in its continuous delivery of software capabilities to Department of Defense programs.

The Technical Exchange Meetings gather members of industry, the Army acquisition community, Army Futures Command and the operational community to outline priorities and capabilities to modernize the service’s tactical network.

Bang later told reporters that embedding one pathway — in this case, software — into another is creative because it allows officials to decouple hardware from software, though he declined to identify specific contracts or programs this is being used on.

Hardware platforms, whether they’re planes or tanks or ground vehicles, all have software components. Decoupling the two allows the Army to more quickly build software through open architectures that can then be reused across other similar software systems.

“How do we potentially use that on multiple platforms outside of just that one that we’re using? The intent would be, we’re not tightly coupling the software and the hardware, but also we want to use that software on other platforms as well,” he said.

This is not without potential risk.

“There is a risk dimension. Most people are actually doing one pathway, like an MTA or a BAC [Business Capability Acquisition Cycle] software separately,” Bang said. “Because the Army’s in the current fight right now and our future fight depends on our ability [to] accelerate things, we are taking a little bit more of a risk to embed some of these pathways together. But we are mitigating a lot of those things. We are a learning organization and we’re refining as we’re going.”

The open architectures, Bang said, should help with integration issues, especially since one company could be awarded on the software pathway while another is awarded on the middle tier effort, all part of the same contract.

There are multiple open architectures across air and ground platforms, for example.

“The intent is to actually create more of that open architecture so that the integration becomes easier. We’re not there yet,” he said. “But that’s how the Army is looking at trying to reduce the integration problem.” 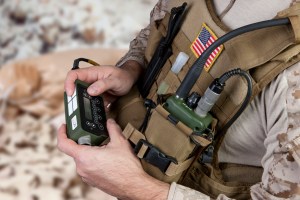