Pentagon officials will be focusing on outdated review processes and accounting for new artificial intelligence initiatives as they begin to revamp the overarching policy that governs the military’s procurement and use of autonomous weapons that can perform certain functions without human control.

It’s been about a month since the Defense Department’s first-ever Director of Emerging Capabilities Policy Michael Horowitz started hinting that DOD’s Directive 3000.09 was in for an update. On Thursday, he said his team has pinpointed those two particular areas as “good places to start.”

“DOD didn’t have its AI ethics principles, DOD didn’t have the new Chief Digital and AI Office (CDAO)” when the directive was crafted and signed in 2012, he noted during a virtual event hosted by Defense One.

This move to update the policy wasn’t Horowitz’s call. The department has a directive that requires such documents to either be canceled, revised or reissued every 10 years, thus mandating this revision, he noted.

When it first came out, 3000.09 “set the standard” globally for national policies on autonomous weapon systems, according to Horowitz. The directive outlines a senior-level review process that must be conducted in addition to all of the other weapons analyses that systems have to go through before they can be fully approved for deployment.

“A lot of the thinking that’s occurred in the last decade about the role of autonomy and the role of AI in future warfare simply hadn’t occurred sort of back in 2012, and so I think there’s a real opportunity here to ensure that the United States sort of stays in the lead when it comes to responsible policy on these issues,” Horowitz said.

Horowitz highlighted a couple of trends that will factor into the review process.

“The first is almost entirely technocratic, which is that there are parts of the Pentagon outlined in the review process that no longer exist,” Horowitz explained. For example, the former office for acquisition, technology and logistics has been split into two offices: the undersecretariat for research and engineering and the undersecretariat for acquisition and sustainment.

“We need to update the directive to account for the way the department is now and new institutions like the CDAO,” Horowitz said.

Additionally, the original directive was produced before the DOD’s latest push to acquire new artificial intelligence capabilities — and it does not take into account the department’s new ethical AI principles, or its responsible AI effort, among other fresh initiatives.

“AI and autonomy are not the same,” he added. “I think that’s important to be clear about. But there is certainly overlap in the Venn diagram and there’s an opportunity there to ensure that any weapons system that was both autonomous and that was AI-enabled, follows best practices that the department’s been thinking through now for several years,” Horowitz said. 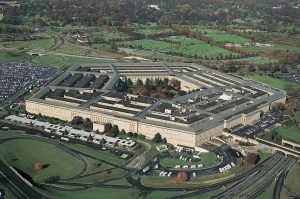