Guertin is currently the director of operational test and evaluation of U.S. military weapon systems in the Office of the Secretary of Defense. His nomination must be confirmed by the Senate before he can take on the Navy leadership role.

“He has an extensive four-decade combined military and civilian career in submarine operations, ship construction and maintenance, development and testing of weapons, sensors, combat management products including the improvement of systems engineering, and defense acquisition,” the White House said in the Friday announcement.

Notably, Guertin has previously been involved in applied research for government and academia in “software-reliant and cyber-physical systems” at Carnegie Mellon University’s Software Engineering Institute, according to his Defense Department bio.

His nomination comes as the Navy, and the Defense Department writ large, are putting more emphasis on software and cyber capabilities as the Pentagon pursues concepts like Joint All-Domain Command and Control (JADC2), which the Navy is contributing to as part of its secretive Project Overmatch effort.

“Over his career, [Guertin] has been in leadership roles of organizational transformation, improving competition, application of modular open system approaches, as well as prototyping and experimentation. He has also researched and published extensively on software-reliant system design, testing, and acquisition,” the White House said.

He previously served in the Navy Reserve as an engineering duty officer. 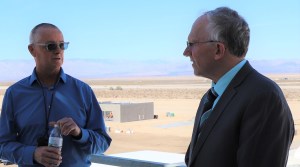