The joint version of the fiscal 2023 National Defense Authorization Act, which President Biden may soon sign into law, asks the Pentagon to deliver a new strategy that examines how additive manufacturing could speed-up hypersonic weapons testing and save money.

The U.S. military is developing hypersonic missiles to keep pace with China and other potential adversaries, but lawmakers are concerned that the DOD’s test-and-evaluation infrastructure supporting those efforts is insufficient.

“Not later than 180 days after the date of the enactment of this Act, the Secretary of Defense shall submit to the appropriate congressional committees a strategy to coordinate the potential use of test facilities and ranges [owned by other organizations outside DOD] … to evaluate hypersonic technologies,” the NDAA states. Among other items, the strategy must also address “all advanced or emerging technologies that could shorten timelines and reduce costs for hypersonic missile testing, including with respect to 3D printing of hypersonic test missile components” such as the frame, warhead and propulsion systems.

Other tech options besides additive manufacturing that must be assessed by the strategy include: reusable hypersonic test beds, including air-launched, sea-launched and ground-launched options; the potential use of airborne platforms other than the B–52 bomber to improve flight schedules for such testing; and “other relevant technologies,” according to the legislation.

The Department of Defense already has initiatives underway to use additive manufacturing to aid its hypersonics enterprise.

In October, the Navy released a request for prototype solutions for the Growing Additive Manufacturing Maturity for Airbreathing Hypersonics (GAMMA-H) initiative. The effort is “part of the Department’s ongoing efforts to expand current manufacturing processes to intricate hypersonic weapons parts,” according to an Oct. 28 DOD news release.

Solutions were due by Dec. 12.

GAMMA-H aims to advance additive manufacturing processes that can meet the demanding propulsion and temperature requirements of hypersonic cruise missiles.

Hypersonic weapons are designed to travel faster than Mach 5 and be highly maneuverable against enemy air defenses. The Air Force, Army, Navy and other DOD components are working on the technology.

The Pentagon is pursuing hypersonic “air-breathing” cruise missiles like the HACM as well as boost-glide systems such as the ARRW.

“We need to be pushing the envelope with materials produced using the additive manufacturing process” Keith DeVries, deputy director of the Office of the Secretary of Defense’s Manufacturing Technology (ManTech) program, said in the release. “The science has proven it’s possible, but the practice is not widespread enough. GAMMA-H will encourage further adoptions of this groundbreaking technology.” 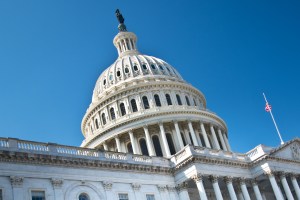