NASA is broadening the scope of its definition of “UAP” to account for more than just unexplainable objects zooming in the skies — but also those that appear to be in bodies of water or transitioning between different mediums, DefenseScoop has learned.

This expansion in terminology matches a move first made by the Pentagon recently to explicitly acknowledge its leaders’ intent to openly investigate and record a wider range of perplexing objects observed (or caught on sensors) near its personnel and assets, doing things that are seemingly impossible to do with contemporary technologies.

That independent study kicked off in October and is expected to unfold over the course of about nine months. Broadly, NASA is commissioning a team of 16 executives and experts to pinpoint how data captured by government, commercial and other sources can be analyzed to ultimately make sense of bizarre UAP-associated happenings that could threaten national security — and shed light on their origins.

With sights set on enabling data and other science and technology tools to advance humans’ understanding on a historically sticky topic, that independent cadre of experts will apply their learnings to recommend a roadmap for potential UAP data analysis that NASA can steer down the line.

The agency expects to release a full report on the findings from the investigation — and host a public meeting in the late Spring 2023 timeframe — where the UAP Independent Study Team will discuss the results.

While NASA is pursuing this comprehensive deep-dive on UAPs for its own science and air safety purposes, officials plan to share learnings with other government entities, including DOD’s new All-Domain Anomaly Resolution Office.

During a press briefing on Tuesday — days after the DOD announced its new definition for “UAP,” but before NASA officially changed its description for the acronym — Pentagon Press Secretary Brig. Gen. Pat Ryder told DefenseScoop that, at the time, he was not concerned the two agencies’ lack of common language for the term would cause challenges with information- and data-sharing on the topic, which both organizations are prioritizing in their overarching efforts.

“I think the important thing is, looking at the bigger picture, ensuring that we’re all working towards common objectives through interagency dialogues and — and discussions, which I would fully expect will happen in this case going forward,” Ryder said. “We have a very close working relationship with the — in the Department of Defense, with NASA — and I have no reason to think that that will change anytime soon.”

On Thursday, NASA updated a press release originally published in October, to reflect that it now means “anomalous” phenomena when it refers to “UAP.”

Both the space and defense agencies’ updates, and attempts to ensure more transparency and less taboo around the UFO topic, follow years of mounting pressure from the public and Congress. 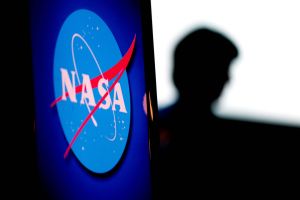