The Marine Corps aims to set up a new squadron of MQ-9 Reaper drones in Hawaii for the explicit purpose of keeping a sharper and more persistent eye on China, Commandant Gen. David Berger told lawmakers Thursday.

These lethal, long-endurance, remotely-piloted aircraft — manufactured by General Atomics — have been used extensively by the Air Force to support overseas contingency operations and counterterrorism efforts during the post-9/11 wars.

Marines have been using Reapers for the last two years in the Middle East as part of what Berger called “a contractor-owned and contractor-operated learning phase” that enabled the quick training of its operators, with help from the Air Force. Building on that work, late last year the Marine Corps formally acquired two MQ-9s.

During a Senate Appropriations defense subcommittee hearing on the Navy and Marines’ fiscal 2023 funding request, Berger confirmed the Corps’ latest plans to further extend its arsenal of unmanned aerial vehicles (UAVs) — and put them to use to help deter or defeat China, which the Pentagon sees as America’s primary “pacing challenge.”

“The next phase for us will be to expand the number of squadrons that we’re flying, the number of vehicles that we’re buying and the number of people that need to be trained. The first priority is pushing them out into the Pacific. We need to establish an MQ-9 squadron in Hawaii that can then push the [intelligence, surveillance and reconnaissance] coverage more towards China,” Berger explained.

Equipped with wide-range sensors, synthetic aperture radar, significant loitering capabilities and other sophisticated features, the MQ-9 can perform ISR missions and also strike targets with the weapons it carries.

At this point, the Marine Corps is poised to procure 10 Reapers that the Air Force was originally set to buy, Berger noted. Those drones were determined to be a better fit for the Corps’ operational needs in a medium-threat environment. 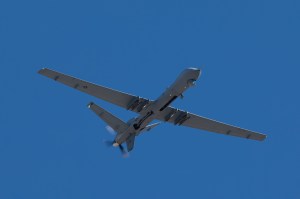