The Pentagon needs a fresh look at the Missile Defense Agency’s effort to acquire a new glide-phase interceptor (GPI) that could shoot down adversaries’ hypersonic weapons, a government watchdog is warning.

Current plans are lacking when it comes to important external reviews, the Government Accountability Office (GAO) said in a new report.

“Having independent insights into program technical risks and costs are key components of the knowledge-based acquisition process,” the report said. “MDA’s GPI effort is already a highly ambitious and technically challenging effort with cost and schedule risks. Should MDA continue with the GPI effort without an independent cost estimate and independent technical risk assessment, then decision makers — including MDA — will lack knowledge essential for managing program risks and thus increase the risk of the program not achieving its goals.”

Building an interceptor capable of defeating a highly maneuverable hypersonic glide vehicle traveling faster than Mach 5 is a uniquely challenging problem for the Department of Department, the GAO noted.

“In general, intercept systems must be able to outperform their target in order to complete an intercept, often by a significant margin. Consequently, in order to achieve an intercept of a hypersonic target, a new GPI missile would have to operate in hypersonic flight conditions while also exceeding adversary hypersonic systems in key areas, such as speed or maneuverability,” the watchdog said.

The Missile Defense Agency (MDA) is leading the GPI effort. A number of technologies need to come together for the interceptor to survive and operate effectively in that kind of environment, MDA Director Vice Adm. Jon Hill has noted, including propulsion systems, thermal protection, seekers, seeker window materials, divert and attitude control systems, and vehicle “hardness.”

The agency has estimated that the GPI program will cost up to $4.2 billion. Plans called for delivering the system in fiscal 2032, but some officials are advocating for accelerating the project by several years, the GAO noted.

Last year, the MDA awarded other transaction agreements to Lockheed Martin, Northrop Grumman, and Raytheon Missiles and Defense for GPI concept designs. A downselect is expected by the end of this summer.

In its report, the GAO recommended that the undersecretary of defense for acquisition and sustainment ensure that the Missile Defense Agency obtains an independent technical risk assessment and cost estimate for the GPI effort. The Defense Department concurred with the recommendation.

Meanwhile, the watchdog sees problems with another key initiative aimed at countering hypersonics known as the Hypersonic and Ballistic Tracking Space Sensor (HBTSS).

The Missile Defense Agency was expected to be responsible for developing the sensor while the Space Development Agency (SDA) took charge of integrating it onto its satellites for operational use in tracking enemy missiles, according to the GAO report.

However, “MDA has not adequately coordinated its efforts with other DOD stakeholders. The agency is now advocating for an independent, MDA-managed satellite system with risks of duplication or overlap with other DOD efforts,” the watchdog said.

“Not coordinating and clearly defining roles and responsibilities at early stages of this program has put MDA in a position of making decisions that could limit future abilities to coordinate with SDA, and proposing development of an independent satellite capability that would largely duplicate the functions of an SDA constellation that already meets MDA’s requirements,” it continued. “Without clear lines of delineation in the authorities among MDA and SDA and better coordination of efforts, MDA risks expending significant resources on a system that is largely duplicative.”

The Government Accountability Office recommended that the secretary of defense ensure the responsibilities for satellite development and operation in the missile defense and missile warning domains are properly delineated. The Defense Department concurred with the recommendation. 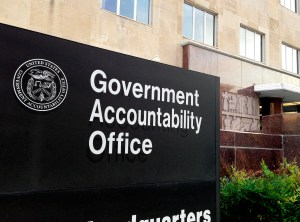