Integrating the nation’s space architecture into other warfighting domains and improving connections between ground-based and space-based systems are among the top priorities for America’s first military space-focused acquisition executive in his early days on the job.

Assistant Secretary of the Air Force for Space Acquisition Frank Calvelli detailed those initial aims on Friday during his first public speaking engagement in this brand-new position, in which he will help set the long-term direction for Space Force procurement.

Calvelli said reading a lot of federal watchdog reports helped him come to that conclusion.

Integrating America’s space architecture into other warfighting domains to give the military more of an advantage across the spectrum of operations will also be critical, he said.

Improving on those integration issues are two of his top five priorities that align with Air Force Secretary Frank Kendall’s recently shared operational imperatives to help the Pentagon more rapidly deploy technologies to deter adversaries as warfare capabilities evolve. Calvelli first mentioned his priorities at his confirmation hearing last month, but expanded on them during the forum on Friday.

Another aim is delivering capabilities that are already in the works.

“One of my top priorities is executing — I need to deliver on the things that got started over the last couple of years, and I think it’s going to make our Space Force and our Department of the Air Force a much stronger organization in terms of capabilities for the warfighter,” he said.

Getting capabilities into the hands of troops faster, and improving program management and execution are other key focus areas.

“I think there’s no better way to actually get some speed than to actually deliver on your commitments and actually execute your programs on cost and schedule. So my … priority is to really drive project management discipline across the service,” Calvelli said.

Another top aim is to make the nation’s space architecture more resilient.

“That’s going to be key because our nation does depend on space, both in peace as well as times of crisis and conflict. So, it’s really important that space is always available to the nation no matter what the environment is,” he said.

Congress mandated the creation of Calvelli’s new position in the fiscal 2020 National Defense Authorization Act. He comes into the job as the military works to modernize its satellites and other key space assets, and buy sophisticated technologies to compete with competitors like China. Calvelli said he spent months preparing to take on the leadership position by reviewing and studying academic papers, government reports, news articles, speeches, hearings and more.

He also brings to the job more than 30 years of experience in the National Reconnaissance Office (NRO) — which uses space assets for the U.S. intelligence community — and the CIA. 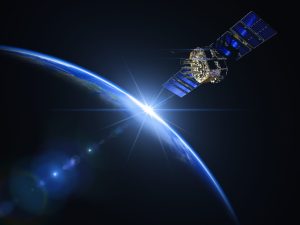