AUGUSTA, Ga. — If the Pentagon’s new vision for fighting, which seeks to better connect sensors and shooters on the battlefield, is merely about the systems, it will fail, according to a top Pentagon IT official.

Joint All-Domain Command and Control (JADC2) is the Department of Defense’s way ahead for conducting operations in which sensor information is connected allowing warfighters to make better and faster decisions while linking the services and their platforms, along with international partners, together.

Today, many systems, both inter- and intra-service, aren’t connected and don’t talk to each other. The JADC2 vision, which officials stress is not a monolith, seeks to correct that.

However, it is more than just architecting the latest and greatest technologies to link systems, said Rear Adm. Susan BryerJoyner, deputy director for command, control, communications and computer/ cyber systems, J-6 for the Joint Staff, which is in charge of the JADC2 effort, said Thursday during a presentation at the AFCEA TechNet Augusta conference.

BryerJoyner and her team are focused on understanding the operational priorities from a warfighting perspective and what the capability gaps are. From there, they can better determine how to close those gaps, whether they are materiel or non-materiel.

The Air Force undertook a similar approach to its contribution to JADC2, the Advanced Battle Management System (ABMS). Service officials discovered that to develop technical solutions to conduct battle management, they needed to figure out how to do battle management better or risk applying new technology to old models that would just produce bad decisions faster.

BryerJoyner noted that despite narratives to the contrary, the services are all aligned on JADC2 — albeit approaching it from different aspects. Each of the services is pursuing its own contributions to JADC2: the Air Force’s ABMS, the Army’s Project Convergence and the Navy’s Project Overmatch.

“They’re not incompatible — they are complementary,” she said.

In order to solve the problem, which she simply

BryerJoyner boiled down this challenge down to a simpler one: How DOD will operate and fight differently in the future. To solve it, the department and services must determine aspirationally where they want to go and segment it into areas they can focus their efforts on, calling JADC2 an incremental approach, she said.

Experimentation will be key to solving this challenge, BryerJoyner said.

“If I want speed and I want agility, I need the ability to pick a thread and pull it through a series of exercises or demonstrations and they don’t all have to be by a certain service or a certain combatant command,” she said. “Pick the ones that make sense and take that particular capability gap, color through every one of those so we can iteratively stress test, develop and get it ready to deploy.”

This also means breaking down in more granular detail the various levels of warfare, from the highest strategic, joint, and multinational levels all the way down to the tactical edge.

“We often talk about JADC2 at the tactical level. For the Army, right, I don’t need every squad that’s out there to be JADC2-compliant. Matter of fact, that will probably cost us out of reality,” Brig. Gen. Guy Jones, deputy director for the Futures and Concepts Center at Army Futures Command, said at the same event. “That convergence that we talk about and we see — because really, for the Army at the corps level as a [joint task force] component — it’s at the operational level that we are able to converge those domains in a single synchronized process to deliver effects.”

BryerJoyner added that JADC2 doesn’t stop at certain levels, but rather, what it means in the tactical environment will mean something different than at a combatant command headquarters. 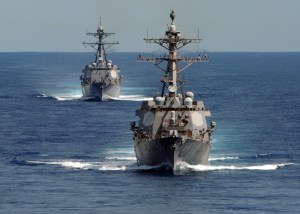 JADC2 about much more than interconnected systems, Joint Staff’s No. 2 IT official says