The Joint Staff has published a revision to its information doctrine, DefenseScoop has confirmed.

Joint Publication 3-04, Information in Joint Operations, was published on Sept. 14, according to a Department of Defense spokesperson. However, the document is not being publicly released.

The document, in part, addresses the DOD’s role “in maintaining unity of effort in and through the information environment,” and describes joint forces’ use and leveraging of information during joint operations, the spokesperson told DefenseScoop.

It builds upon previous doctrine and introduces some new concepts, to include getting away from parochial “information operations” and moving toward broader “operations in the information environment,” as the U.S. military refers to them.

Information has become a more prominent aspect in modern military ops. Adversaries have sought to exploit the information environment on a daily basis short of actual conflict, in what many experts refer to as the “gray zone.”

As such, the Defense Department has sought to play catch up as many aspects of its information warfare prowess atrophied after the Cold War and during the 20-plus years of counterinsurgency operations against a technologically inferior and less resourced adversary.

While the revised document is a welcome step towards ingraining information into all facets of operations, there’s more work to be done, sources say.

“While I’m pleased and it’s important that the issuance was formally delivered, there’s still a long way to go for implementation,” said Austin Branch, executive and professor of practice at the University of Maryland Advanced Research Laboratory for Intelligence & Security. Branch previously worked on information operations policy in the Office of the Secretary of Defense

Implementation doesn’t happen naturally, he told DefenseScoop, adding that the Joint Staff and OSD have to ensure the services implement the guidance and reconcile any of the differences they have with their approaches and strategies.

Each of the services have been charting their own path related to information warfare. The Marine Corps recently published Marine Corps Doctrinal Publication-8, Information, which builds upon the Corps’ foundational doctrine, MCDP-1, Warfighting and describes how to lay information into that cornerstone doctrine. Sources indicated that the service was the leader when it came to working on updating doctrine in this space, to include Joint Publication 3-04.

Additionally, the Air Force just released its information warfare strategy, however, that is not publicly available. The Army is still in the midst of drafting its doctrine in this arena, which it calls information advantage.

Implementation of the Joint Staff’s information doctrine has languished to some degree following the minting of a Joint Requirements Oversight Council memorandum a few years ago that essentially set the basis for how DOD would operate in the future in this space, according to a person familiar with the drafting of the doctrine.

This is attributed to the fact it took two years to establish the Principal Information Operations Advisor, which was congressionally mandated in 2020, as well as the transfer of the Joint Information Operations Warfare Center from San Antonio to Washington, which led to staffing issues and a shortage of expertise on the information front.

Both the Chairman of the Joint Chiefs and the Secretary of Defense in their confirmation hearings before Congress pledged greater attention and focus on the information environment. 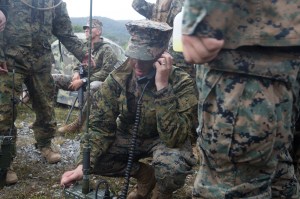