U.S. officials have been touting hypersonic weapons as game-changing capabilities. However, recent wargames indicate that those systems would likely have a limited impact in a future fight against China over Taiwan if such a conflict were to take place in the next few years.

The Center for Strategic and International Studies, a Washington-based think tank, designed a wargame using historical data and operations research to model a Chinese amphibious invasion of Taiwan in 2026 — the time frame for when some international security observers fear rulers in Beijing might launch such an attack — and ran it 24 times.

Rules were designed using analogies with past military operations, as well as theoretical weapons performance data, so that “the results of combat in the wargame were determined by analytically based rules instead of by personal judgment,” according to a new CSIS report detailing the findings.

Hypersonic missiles are designed to travel faster than Mach 5 and be highly maneuverable, providing a quick-strike capability against time-sensitive targets and posing a challenge to enemy air defenses. China has already fielded these types of technologies, and the Pentagon is trying to catch up. A number of Defense Department hypersonics programs are underway, but they are currently in the research-and-development phase and they may not be fielded in large numbers by the middle of this decade.

“Hypersonic weapons would be useful for attacking highly defended and deep targets such as China’s over-the-horizon-backscatter radars or satellite uplink stations,” the CSIS report noted. “However, hypersonic weapons are expensive and no substitute for large numbers of long-range cruise missiles. Picking off a few high-value targets does not solve the central problem of countering a massed invasion. That requires sinking enough amphibious ships such that Chinese forces cannot sustain a lodgment on Taiwan.”

U.S. industry’s production of hypersonics will likely be limited in the next few years, given where things stand today with the programs, the study suggested.

“The base case [for the CSIS wargames] includes Chinese DF- 17s with hypersonic maneuverable re-entry vehicles. It is logical for China to pursue hypersonic technologies to defeat the well-developed U.S. missile defense system,” the report said. However, “by 2026, the United States will have few equivalent hypersonic systems. The game included 50 U.S. hypersonic weapons (the Air-Launched Rapid Response Weapon, or ARRW), although this was speculative. In 2022, no U.S. hypersonic weapons are yet programs of record although several systems are emerging from development. Most U.S. hypersonic programs would likely be in testing or initial fielding in 2026 and thus not available in large numbers.”

U.S. officials need to recognize that hypersonics would only be “niche weapons” during a war with China in that time frame, it added.

Such systems are also expected to come with a high price, which could further limit the numbers that are fielded.

At DefenseScoop’s DefenseTalks conference in September, the Pentagon’s Undersecretary for Acquisition and Sustainment William LaPlante said officials are aiming for a price tag of $5 million to $10 million per “all-up” round.

“Their high cost limits inventories, so they lack the volume needed to counter the immense numbers of Chinese air and naval platforms,” the CSIS study said.

During most of the CSIS wargame scenarios, U.S. and Taiwanese forces — as well as those of America’s Japanese allies — defeated the invasion and imposed heavy casualties on the Chinese military. But they paid a steep price in lives and materiel.

“The United States and Japan lose dozens of ships, hundreds of aircraft, and thousands of servicemembers. Such losses would damage the U.S. global position for many years. While Taiwan’s military is unbroken, it is severely degraded and left to defend a damaged economy on an island without electricity and basic services. China also suffers heavily. Its navy is in shambles, the core of its amphibious forces is broken, and tens of thousands of soldiers are prisoners of war,” the report said.

To avoid having to achieve such a pyrrhic “victory,” the U.S. needs to move quickly to strengthen its deterrence capabilities to ward off a Chinese invasion of Taiwan, the study advised.

While the report recommends the Pentagon continue with development and fielding of hypersonics, it suggests prioritizing acquisition of other weapons and platforms such as: long-range anti-ship missiles; bombers; smaller, more survivable ships; unmanned surface vessels; and submarines and other undersea platforms including unmanned underwater vehicles.

“Submarines were able to enter the Chinese defensive zone and wreak havoc with the Chinese fleet,” the study noted. Additionally, “the range, missile standoff distance, and high carrying capacity of bombers presented the People’s Liberation Army with daunting challenges.”

It also recommends producing more fighter jets that are “cheaper” than some of the high-end, stealthy platforms that the U.S. military is currently fielding.

“With so many aircraft lost early in the conflict, the Air Force risks running out of fighter/attack aircraft and becoming a secondary player in the conflict unless it has a large enough force to sustain the losses,” it said.

The report’s recommendations don’t specific whether some of these fighters should be unmanned. However, the U.S. military already has plans to pursue new drones that are expected to be less expensive, more “attritable,” and serve as robotic wingmen to crewed systems. 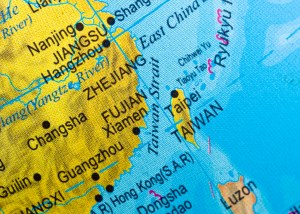