JADC2 seeks to more seamlessly connect sensors and shooters to allow for faster decision making on the battlefield. Officials say it’s necessary because with the high volume of data and large number of systems available to commanders, they need to be able to make sense of things and act faster to stay ahead of adversaries’ decision cycles.

Hicks signed the implementation plan on Tuesday, according to a Pentagon news release.

“We must maintain continued focus and momentum on these initiatives and programs which enhance Department capabilities to face current and future threats,” HIcks said. “Command and control in an increasingly information-focused warfighting environment have never been more critical. JADC2 will enable the DOD to act at the speed of relevance to improve U.S. national security. JADC2 is delivering capabilities beginning now, and it will continue to be funded in the coming years.”

The plan is classified, but the release explained it details plans of actions, milestones and resourcing requirements while also identifying organizations responsible for delivering capabilities. The plan will drive investments aimed at accelerating decision cycles while closing gaps and improving the resiliency of command and control systems.

“This step represents irreversible momentum toward implementing the JADC2 strategy and concepts the Department announced earlier this year,” said Gen. Mark Milley, chairman of the Joint Chiefs of Staff. “This is about dramatically increasing the speed of information sharing and decision making in a contested environment to ensure we can quickly bring to bear all our capabilities to address specific threats.”

Each of the services have charted a path for their contributions to JADC2. The Army’s Project Convergence since 2020 has sought to exercise emerging capabilities and concepts across the joint force. Next year’s event will begin to fold in international partners.

The Air Force’s Advanced Battle Management System is a cloud-based command and control backbone that will allow the force to share data and plan faster.

The Navy’s Project Overmatch seeks to connect ships and systems to create an interconnected combat web. Few details have been provided publicly on the effort and the Navy has classified most of the funding and exercises related to it. 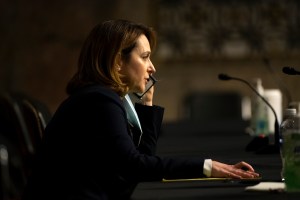