Department of Defense officials will meet with members of industry on July 26 to discuss plans for its Rapid Defense Experimentation Reserve (RDER) project, which is aimed at expediting the delivery of new warfighting capabilities to combatant commanders, the Pentagon announced Thursday.

The RDER initiative — a top priority for Pentagon leaders — will initially fund 32 prototype demonstrations based on technology needs identified by combatant commanders, Joint Staff, Office of the Secretary of Defense and the military branches. The DOD requested about $70 million for the effort in fiscal 2023, and it plans to spend $377 million over the next five years. The Office of the Undersecretary of Defense for Research and Engineering is leading the effort.

The upcoming confab, which will be held at Johns Hopkins Applied Physics Laboratory in Laurel, Maryland, “is an opportunity for industry to learn about the RDER effort’s vision, proposal cycle, technical priorities, capability challenges, and opportunities that require private-sector support,” the Defense Department said in a press release.

The event will include classified briefings on the RDER program, proposal criteria, and technology capability requirements, as well as “breakout sessions” where companies can discuss their proposals with program officials.

Advance registration is required, and the response due date is July 20, according to the industry engagement day announcement published on Sam.gov.

“RDER will spearhead efforts to develop capabilities that support the joint warfighter, including, but not limited to, fires, command and control, logistics, and capabilities that will drive information advantage. These efforts will culminate with multi-competent experiments that combine multiple prototypes and capabilities to expeditiously explore new concepts and create new capabilities,” according to the release.

The Pentagon hopes that the initiative will lead to rapid procurement and fielding of some of the technology showcased during the demonstrations.

“If it has utility, the [combatant commanders] can come back and say, ‘Look, I need 5,000 of this [product].’ Then, we have to be able to get into rapid fielding,” Undersecretary of Defense for Research and Engineering Heidi Shyu told reporters late last year. “That’s exactly the path we’re heading towards.”

The first RDER technology “sprint” is slated for fiscal 2023. The Pentagon plans to conduct at least two “sprints” per year beginning in fiscal 2024.

“I can tell you we’re working very diligently to make sure once the FY ‘23 money shows up, we will be sprinting,” Shyu said in May at the Special Operations Forces Industry Conference. 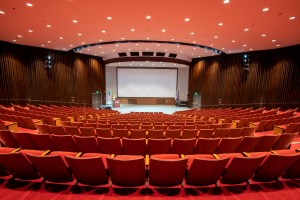