NATIONAL HARBOR, Md. — The Defense Department will stop using satellites in geostationary orbit for missile warning and missile tracking missions once the final systems built for that purpose reach the end of their lifecycles, the head of the Pentagon’s Space Development Agency told reporters Wednesday.

The plan highlights the DOD’s embrace of proliferated low-Earth orbit (LEO) satellite architectures, which officials view as more resilient against adversary attacks or other disruptions than the larger, more expensive spacecraft that currently reside in GEO.

“The path that the Space Force is marching towards is that we won’t rely on those [GEO missile warning satellites] in the future,” SDA Director Derek Tournear said during a media roundtable at the Air and Space Forces Association’s Air, Space and Cyber conference.

The department still intends to deploy the remainder of the geostationary missile warning and missile tracking spacecraft that are under contract, he said.

“We’ll launch the current round of programs, but the future will all be proliferated LEO with a semi-proliferated MEO [medium-Earth orbit architecture] to give you that resilience,” he said.

The last of the planned geostationary missile warning satellites are slated to be launched before the end of the decade, and they will have a lifecycle of about 15 years, according to Tournear. Those systems will remain part of the missile warning architecture until they are completely phased out in the 2040s, he said.

When they reach the end of their lifecycles “we’ll do away with the GEOs and the big, exquisite, expensive satellites. But we will have this proliferated layer at LEO and MEO that provide missile warning, missile tracking, and then also what we call the fire control from the LEO layer,” he said.

However, there will be a transition period when the geostationary systems are still online and the new LEO-MEO architecture is being put into place.

“The reason there’s that period of a shift, right, is because this is a no-fail mission that the U.S. is relying on the Space Force to provide. So we want to have that overlap … We want to make sure we have a firm handle and make sure that the LEO-MEO layer are working before we let go” of the GEO systems, Tournear said.

The Space Development Agency is leading the charge for the Defense Department on acquiring tranches of low-Earth orbit systems for missile tracking as well as data transport.

Pentagon officials have grown more concerned in recent years about adversaries’ development of highly maneuverable missiles such as hypersonic weapons and cruise missiles. LEO systems are expected to provide more tracking capability to deal with these types of evolving threats.

“As you get lower, right, you have more sensitivity, so … you can start to detect things that you would not — you weren’t as able to detect and track from GEO,” Tournear said.

Geostationary architectures were originally designed to essentially do launch detection, he noted. In the past, missile flight paths could be more easily predicted based on traditional ballistic missile trajectory equations. However, many of today’s missiles have much more maneuverability and fly at different trajectories, and therefore a better tracking capability is needed.

“There’s very few missiles that rely on just ballistic trajectories,” Tournear said. “When they’re maneuvering, they’re not as bright as when they’re launching, and so you need to have more sensitivity [from satellite-based sensors]. And obviously the closer you get to the source, the easier it is to detect a lower sensitivity value. And so that’s why not only do you get the resilience [with LEO satellite architectures], but you … get that better sensitivity, the ability to track maneuvering targets.”

However, Tournear noted that the Pentagon isn’t moving away from GEO architectures for all mission sets. 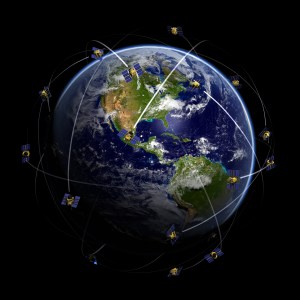 Pentagon to phase out use of geostationary satellites for missile warning, missile tracking