The Department of Defense is helping to fund a new technology hub focused on 6G communications technology.

The project, known as Open6G, is part of the Pentagon’s Innovate Beyond 5G (IB5G) program that aims to promote the next generation of high-tech network capabilities.

“Open6G will serve as the DoD’s hub for development, testing, and integration of trusted enhancements, supporting an industry and federal government NextG ecosystem pursuing 6G technology goals,” according to the release.

The Pentagon is helping to fund the project through a $1.77 million award.

Northeastern University’s Kostas Research Institute has been tapped to manage the new hub through a cooperative agreement with the Army Research Laboratory. The technical work will be housed at the university’s Institute for Wireless Internet of Things, according to the DOD.

The Pentagon has initiated a number of 5G pilot projects and experiments on military bases in recent years in hopes that the technology will yield improved military capabilities in areas such as augmented/virtual reality for mission planning and training, “smart warehouses” for logistics, and distributed command and control. But the department is also making targeted investments to try to help lay the groundwork for the next generation of systems.

“The DoD has a vital interest in advancing 5G-to-NextG wireless technologies and concept demonstrations,” IB5G program director Sumit Roy said in the release. “These efforts represent our continuing investments via public and private sector collaboration on research & development for critical Beyond 5G technology enablers necessary to realize high performance, secure, and resilient network operations for the future warfighter.”

Other recent IB5G program initiatives highlighted in the release include a new Spectrum Exchange Security and Scalability project with Zylinium Research, focused on leveraging advancing dynamic spectrum allocation technology; and a “Massive Multi-Input/Multi-Output (MIMO) from MHz to GHz” project in partnership Nokia Bell Labs to explore technologies that could enable scaling MIMO technology across different bands and bandwidths with the aim of increasing resiliency and throughput for wireless tactical communication. 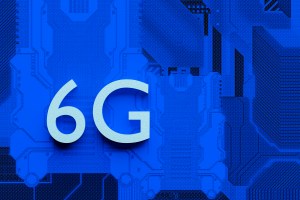