Howard University will be awarded a $90 million contract by the Air Force for an initiative aimed at advancing “tactical autonomy” technology, cultivating STEM talent and addressing racial disparities in Pentagon R&D funding.

“The contract will establish a Historically Black Colleges and Universities-led University Affiliated Research Center consortium to execute research focused on tactical autonomy that will aid in the transition of research into practical applications. Work will be performed at the awardee’s facility and consortium members’ campuses and is expected to be completed by Jan. 31, 2028,” according to a Defense Department announcement released late Thursday.

The initiative will focus on three main areas as it relates to autonomous systems: trust, collaboration between platforms, and human-machine teaming, Air Force Chief Scientist Victoria Coleman told reporters last year when plans for the HBCU-led project were first unveiled.

It comes as the U.S. military pursues new artificial intelligence technology and more autonomous unmanned systems such as robotic wingmen.

“Part of the future of the military is going to be autonomy … and we need to be at the front edge of that. And this is an opportunity to tap into universities that have an enormous amount of capability in science and technology,” Air Force Secretary Frank Kendall told reporters last year. 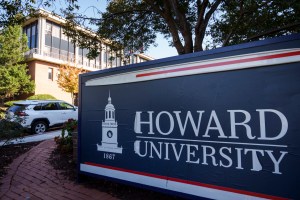