The Defense Department has established the Office of Strategic Capital to facilitate a stronger partnership with private capital providers that support the development of innovative technologies, Secretary of Defense Lloyd Austin announced Thursday.

The new office is meant to connect companies developing tech in support of national security with organizations that can help fund and sustain their growth long enough to reach wider production.

Often, the innovative technology companies that would be supported by OSC fall into what’s known as the “valley of death” — the phenomenon where the Pentagon’s bureaucratic, often slow-moving acquisition system can stifle successful innovative pilots from moving forward into production because the companies can’t receive funding quickly enough.

“We are in a global competition for leadership in critical technologies, and the Office of Strategic Capital will help us win that competition and build enduring national security advantages,” Austin said in a statement. “By working with the private capital markets and by partnering with our federal colleagues, OSC will address investment gaps and add a new tool to the Department’s investment toolbox.”

The office will be overseen by the secretary of defense and feature an advisory council consisting of the undersecretaries of defense, among others. In specific, OSC will complement the work of the Office of the Undersecretary of Defense for Research and Engineering and its components in the Defense Innovation Unit and the Defense Advanced Research Projects Agency (DARPA) by helping to provide their private sector research partners with longer-term vehicles for private capital.

A key goal of the office will also be to deter innovative American companies from seeking capital that may support the work of the United States’ strategic competitors.

“America’s strategic competitors are working to influence U.S. technological innovation to their advantage,” said Undersecretary of Defense for Research and Engineering Heidi Shyu. “OSC is part of a broader administration-wide effort to ‘crowd-in’ private capital in areas where our efforts can boost our future security and prosperity.”

Shyu said the hope is OSC will “strike its first deals by early next year.”

The Trump administration established a similar office called the Trusted Capital Marketplace, which was created by the 2019 National Defense Authorization Act.

The DOD said in an announcement that this new office differs from existing programs in that it uses “non-acquisition-based tools, such as loans and loan guarantees,” as many other federal agencies do. 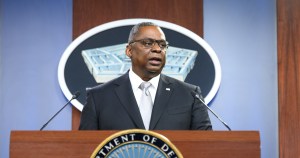