An improved version of the iconic Stinger missile could be fielded in the next year or two, the Army’s top officer told FedScoop.

The man-portable Stinger anti-aircraft system gained fame during the 1980s when U.S.-backed fighters used them to great effect against Soviet forces that had invaded Afghanistan. The weapons are back in the news as the Ukrainian military uses them to shoot down and deter Russian aircraft during the ongoing conflict in Ukraine.

The White House on March 16 authorized a new security assistance package for Ukraine that included 800 additional Stingers, among other weapons.

“What we want to do is give them what they need to defend themselves, and then we have to replenish those stocks so we’re ready for any type of future conflict,” Army Chief of Staff Gen. James McConville told reporters Thursday at a Defense Writers Group meeting.

“Our intent is to replenish those stocks,” he said. “We think we could do that” but “it takes a little time,” he added.

Separately, the Department of Defense is funding R&D to upgrade the weapon.

“That’s actually not to replenish [the stockpile], that’s to improve” the capability, McConville said.

Money for the effort was included in the fiscal 2023 budget request, McConville said, without specifying how much.

The Biden administration released its fiscal blueprint Monday but many details about Pentagon spending plans were lacking, including for the Stinger.

McConville did not provide details about how the improved variant will be superior to the ones that have been supplied to Ukraine.

The upgraded system isn’t quite ready for prime time.

“It’s gonna be probably about, you know, a year, year and a half” before it’s ready to be fielded, he later told FedScoop.

An immediate priority is replenishing the existing stocks of Stingers as well as Javelin anti-tank weapons, Assistant Secretary of the Army for Acquisition, Logistics and Technology Douglas Bush told lawmakers during a House Armed Services subcommittee hearing Thursday.

The service plans to use some of the $3.5 billion that Congress provided in the recently passed fiscal 2022 omnibus bill to replenish U.S. stocks of weapons that DOD has transferred to Ukraine.

“We already have that money. Congress will very soon get the first of several responses showing how we intend to use that funding. It’ll be specifically the Stinger [and] Javelin. So that is imminent,” Bush said.

He declined to say in an open hearing how low U.S. stockpiles of weapons and ammunition have been drawn down to aid Ukraine, noting that information is classified.

“In some cases, what we provided is a tiny amount of our overall stocks. In other areas, it’s a more significant amount,” he said, adding that some inventory levels are more concerning than others.

Meanwhile, the Army is pondering replacing the Stinger with a next-generation system at some point in the future.

“We have a current requirement for the current weapon, which … is a classic design but still effective,” Bush told lawmakers. “We need to get Stinger back in production to replenish what we’ve sent and also to support likely allies requesting more weapons … but also look to start — once the Army decides — a research and development effort to look at a potential new missile with perhaps greater range.”

He continued: “That process in the Army is still underway to determine what the requirements would be for that, but I expect us to do both.” 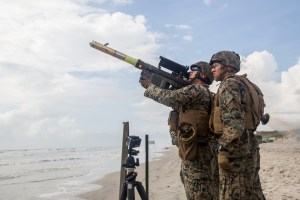 Upgraded Stinger missile could be fielded in the next year or two, Army chief says