Beijing and Moscow in the coming years will likely deploy more capable lasers, missiles and other counterspace weapons that could be used to disrupt or destroy satellites that the U.S. military depends on, according to a new Defense Intelligence Agency report released Tuesday.

The Pentagon views space as a likely battleground in any future great power war in which counterspace weapons would pose a threat to DOD satellites that are used for intelligence, surveillance and reconnaissance, communications, positioning navigation and timing, and other missions.

“China and Russia value superiority in space, and as a result, they’ll seek ways to strengthen their space and counterspace programs and determine better ways to integrate them within their respective militaries,” Kevin Ryder, senior defense intelligence analyst for space and counterspace at DIA, said during a briefing with reporters at the Pentagon when the new report was released. “The U.S. Space posture will be increasingly challenged and on orbit assets will face new risks.”

Lasers, also known as directed energy weapons (DEWs), are one of the major threats identified in the study on “Challenges to Security in Space – 2022.”

“During the past two decades, Chinese defense research has proposed the development of several reversible and nonreversible counterspace DEWs for reversible dazzling of electro-optical sensors and even potentially destroying satellite components,” said the new Pentagon report on challenges to security in space.

China has multiple ground-based laser weapons of varying power levels to disrupt, degrade, or damage satellites, including a “limited” capability to employ laser systems against satellite sensors, according to the study.

“By the mid- to late-2020s, China may field higher power systems that extend the threat to the structures of non-optical satellites,” it warned.

Meanwhile, Russia has several ground-based lasers, including the Peresvet, that can blind satellite sensors. Russian leaders and Russian press reports have publicly touted the systems’ ability to attack spacecraft, the study noted.

“Russia probably will field lasers that are more capable of damaging satellites in the mid-to-late 2020s. By 2030, Russia may also field higher power systems that extend the threat to the structures of all satellites, not just electro-optical ISR,” the document said.

Powerful lasers aren’t the only capabilities that Beijing and Moscow could use to attack U.S. and other nations’ spacecraft. Others include anti-satellite (ASAT) missiles, electronic warfare, cyber and orbital systems.

The People’s Liberation Army’s operational ground-based ASAT missile is intended to target systems in Low-Earth orbit (LEO). However, the reach of Chinese missiles could be extended into geostationary orbit (GEO), according to the study

“China probably intends to pursue additional ASAT weapons that are able to destroy satellites up to GEO,” according to the report.

In 2013, the nation launched an object into space on a ballistic trajectory with a peak orbital radius near GEO altitudes, it noted.

“No new satellites were released from the object, and the launch profile was inconsistent with traditional [space-launch vehicles], ballistic missiles, or sounding rocket launches for scientific research, suggesting a basic capability could exist to use ASAT technology against satellites at great distances and not just LEO,” the document said.

Russia is developing a mobile missile that could destroy satellites and crewed space vehicles, Ryder said.

“Although Russia publicly describes Nudol as a ballistic missile defense system, it has an inherent counterspace capability,” the report said.

This system was most recently tested in November, and it demonstrated the capability to destroy satellites in LEO, according to the DIA assessment.

Russia is also reportedly developing an air-launched ASAT missile called Burevestnika that could be fired from Russian military planes and target spacecraft in LEO, the study noted.

Electronic warfare capabilities are another arrow in Beijing and Moscow’s quiver.

“The PLA considers EW capabilities to be critical assets for modern warfare, and its doctrine emphasizes using EW to suppress or deceive enemy equipment. The PLA routinely incorporates in its exercises jamming and antijamming techniques that probably are intended to deny multiple types of space-based communications, radar systems, and GPS navigation support to military movement and precision-guided munitions employment,” the report said.

It continued: “China probably is developing jammers dedicated to targeting [synthetic aperture radar], including aboard military reconnaissance platforms. Interfering with SAR satellites very likely protects terrestrial assets by denying imagery and targeting in any potential conflict involving the United States or its allies. In addition, China probably is developing jammers to target SATCOM over a range of frequency bands, including military-protected extremely high frequency communications.”

The Kremlin is also investing in EW tools to deny, degrade and disrupt communications, and deny the use of space-based imagery, Ryder said.

China and Russia could also use offensive cyberwarfare capabilities to support operations against space-based assets, the report noted.

In addition to ground-based threats, the Pentagon is also concerned about space-based anti-satellite weapons, which the DIA describes as “orbital threats.”

China is developing satellite inspection and repair capabilities that could also function as a weapon, the report said.

Beijing has launched multiple satellites to conduct scientific experiments on space maintenance technologies and space debris cleanup, including the launch of the Shijian-21 in October. The spacecraft later moved a derelict BeiDou navigation satellite to a “high graveyard orbit” above GEO, the study noted.

Satellites with robotic arm technology, such as the Shijian-17, could be used in a future system for grappling other nations’ satellites, according to the DIA.

Russia also continues to research and develop sophisticated orbital capabilities that could have military applications.

“Inspection and servicing satellites can closely approach satellites to inspect and repair malfunctions; this same technology could also be used to conduct an attack on other countries’ satellites, resulting in temporary or permanent damage,” the report said.

In November 2019, Russia deployed a satellite that appeared to begin following a U.S. national security satellite, “approaching close enough to create potentially dangerous operating conditions,” according to the DIA.

U.S. defense officials are concerned that satellites could “kinetically kill” other spacecraft by colliding with them in orbit.

In July 2020, Russia ejected an object into orbit from its Cosmos 2543 satellite which was located near another Russian satellite. The DIA called this a test of a space-based ASAT weapon.

It also described the Cosmos 2504 and Cosmos 2536 as prototype Russian ASAT weapons that could “kinetically kill” satellites in LEO.

FedScoop asked DIA officials which of these types of counterspace capabilities posed the greatest threat.

“From my perspective, all of the capabilities are equal in nature. It depends on how and why and when the adversary would come to use them,” Ryder said during the briefing.

John Huth , DIA intelligence officer for space and counterspace, said: “I don’t think there is a particular capability that I would pull out and say I’m worried more about this or that, because it’s almost context dependent. That depends on the particular conflict or stage of conflict.”

When asked to compare the relative counterspace capabilities of China and Russia, Ryder said the Chinese, possessing greater resources, have put more financial and military effort towards developing their capabilities. Russia has been more “streamlined” in its approach due to other military modernization priorities.

The DIA officials declined to say whether Beijing and Moscow are outpacing the DOD in this area.

“Our job is really to inform on foreign military capabilities, not really do what I would call a U.S. comparative assessment,” Huth said. 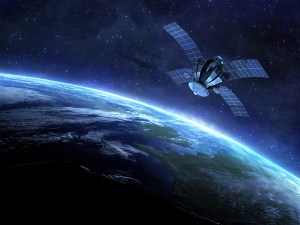