Some of the largest U.S. defense contractors plan to use their own R&D funding to demonstrate how they can enable the Pentagon’s joint all-domain command and control concept.

JADC2 is the Department of Defense’s vision for integrating the military services’ sensors, shooters and data transmissions into a single unified network.

“We have customers in all the services and the intel community, and so we can kind of see how it can fit together,” Steve Walker, vice president and chief technology officer at Lockheed Martin, said Tuesday during a panel discussion hosted by the American Enterprise Institute think tank.

Meanwhile, large defense contractors with deep pockets are looking to invest their own money, known as internal research and development (IRAD) funding, in technologies and capabilities that they think will help them win business in the future.

Scott Stapp, chief technology officer at Northrop Grumman, said the defense industry and DOD should be on “parallel paths” when it comes to looking at how to weave everything together.

“The services are looking at JADC2 down their elements, the joint staff is looking at how you thread the services together,” Stapp said. “Let industry go run, show how on IRAD we can thread things together and present them … I think if we work those in parallel you’ll get a lot better answers than waiting to just tell industry what to do.”

A key challenge for implementing JADC2 will be connecting the systems of the different military branches, which procure their own equipment.

Companies like Northrop Grumman and Lockheed Martin bring a variety of systems to the table, Stapp noted.

“When you start tying them together and you figure out how to get those to communicate … those cut across all services,” Stapp said. “If we start figuring out how to do that on our own dime [with] IRAD, you’ve started to connect the services … so they actually have an ability to have data flow across that entire spectrum.”

“Companies like ours are going to do the IRAD. We’re committed to it,” he said. “We’re investing IRAD to prove out the technology. I’d just make a plug that it would be good to see the Pentagon embrace that a little bit more as we move forward with JADC2 because I think industry has a lot to contribute.”

Firms are hoping their IRAD bets will pay off with contracts for additional work.

“We’re going to do the demos. [But] we do want to see right where it goes from there” Walker said. “We do need an acquisition path.”

He continued: “I think our business development guys and strategy folks are interested in how that’s going to all come to pass … That’s going to be a key piece: how do we do the acquisition for this capability?”

Stapp said the primes want to demonstrate their JADC2 prowess to combatant commanders, the Joint Staff and the Office of the Secretary of Defense.

“Our goal is we want to show demos of how you can do it,” he said. “You’d have to get paid [by the DOD] to implement it across the force. We’ll do the demo to show that it works. But you have to pay to employ it across the force if it’s what you want.”

Maj. Gen. James Adams, deputy director for requirements and capability development on the Joint Staff, J8, noted that DOD officials have provided classified briefings to industry to provide insights on requirements for JADC2.

“The assumption is, based on our engagements with industry, is that they’re going to spend their [internal] research and development dollars on whatever their company decides and their board decides … [is] going to potentially be the biggest bang for the buck,” he told FedScoop after the panel.

The DOD isn’t directing those companies to invest their IRAD funding in JADC2, he noted.

But with the Pentagon sharing the “top down” requirements for JADC2, companies could feel incentivized to make those investments in areas that will better position them to compete for future business, he said. 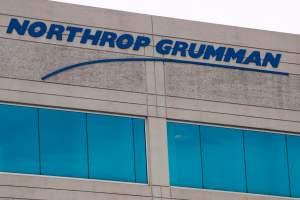