The Space Force’s innovation arm, SpaceWERX, has tapped Wallaroo Labs to explore and demonstrate how machine learning models can be deployed to advance multiple efforts associated with on-orbit servicing, assembly, and manufacturing (OSAM) missions for the newest U.S. military branch.

The company was selected for a Phase I Small Business Innovation Research (SBIR) project to help the Space Force fully unleash machine learning within its OSAM-aligned production environments, according to an announcement published Tuesday.

OSAM enables the building or repair of systems and components at the operational edge, on orbit. While predictive algorithms to support such processes can be built virtually anywhere on Earth, operationalizing those machine learning models in space is necessary to maximize their value.

“The whole point of this for them is to get to outcomes faster across a whole range of use cases,” Wallaroo CEO and founder Vid Jain told FedScoop in an interview on Monday prior to the announcement.

He explained that the enterprise platform his company has developed “facilitates the last mile of the machine learning journey.” In transportation, the last mile typically refers to the last leg of a process that moves people or goods from a specific hub to a final destination.

“There’s all this incredible potential [for AI], but only in around 10% of use cases or examples do people realize it — and one of the big stumbling blocks is exactly that last mile,” Jain said.

Most “machine learning journeys,” as he referred to them, begin with capturing, aggregating and cleaning data from multiple sources. Once that data is in good shape and usable, the next step is developing algorithms and models that identify patterns in it, assign probabilities, and then predict something based on that information. From there, the model needs to be integrated into existing product workflows.

“That turns out to be much harder than people expect — and then once you get that working, the reality of it is your data changes” over time, Jain noted. For that reason and others, adjustments need to be made continuously to keep up with altering patterns of data as they and the network evolve.

The Air Force and several Fortune 500 companies already lean on the company’s platform, but this is the first time Wallaroo is working directly with SpaceWERX and its parent organization.

“The mission of the [Space Force] is to organize, train and equip Guardians to conduct global space operations that enhance the way our joint and coalition forces fight, while also offering decision-makers military options to achieve national objectives,” SpaceWERX Director for Science, Technology and Research Joel Mozer said in a statement. “To do this effectively, we must invest in AI and ML capabilities that can be deployed in the cloud at the edge. Wallaroo has demonstrated their AI/ML Enterprise Platform, and I believe this platform — with its uniquely modern, interoperable, and integrated architecture — is positioned exceptionally well to deliver game-changing capabilities” to the Space Force.

Executed in collaboration with Catalyst Campus (CCTI), the project could involve use cases spanning satellite life extension, on-orbit refueling, active debris removal, predictive maintenance, and the reuse of materials to underpin manufacturing in space, according to Jain.

Wallaroo was launched in 2017 with support from investors that aimed to accelerate dual-use technologies for both the government and commercial sectors. In working with the Air Force and others more recently, Jain said he’s witnessed federal agencies increasingly become more strategically data-driven.

“I think when we were looking at the topics that we were interested in about two years ago, machine learning was not as prominent. It was basically more data foundation-level. I think what’s changed in the last six months is we’re seeing a lot more requests — whether it’s Space Force, the U.S. military or even other parts of the government — we’re seeing a lot more around, ‘Hey, I’ve got some data scientists and I’ve got data, now what do I do?’” he said. “Which is where we come in. And so I think that’s only going to accelerate and I think there’s so many different use cases that we can help.” 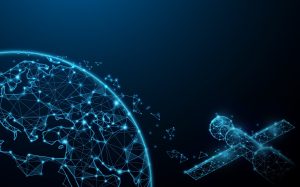