The chairman’s mark of the Senate Appropriations Committee’s fiscal 2023 defense spending bill would allocate $106 million less the Army’s budget estimate to buy capabilities to defeat small drones — even as lawmakers and Defense officials sound the alarm about the growing threat posed by such systems.

The Army is the Defense Department’s executive agency for acquiring C-sUAS capabilities.

In their report accompanying the bill, lawmakers cited a “lack of acquisition strategy” as justification for the cut.

The same day the legislation was released, Army Gen. Stephen Townsend, commander of U.S. Africa Command, warned about the growing threat posed by small drones and the need for technologies to defeat them.

The Defense Department has been pursuing a variety of counter-UAS capabilities.

“We have a potpourri of these things, and some work better than others. This is not an easy thing to do to counter these [UAS], because they change and evolve so rapidly,” Townsend told the Defense Writers Group Thursday.

Last week, the Senate Armed Services Committee released the text of its version of the fiscal 2023 National Defense Authorization Act, which calls for the Pentagon to come up with a new strategy for fielding systems capable of defeating swarms of enemy drones that U.S. troops may face on future battlefields.

The House and Senate must reconcile their versions of their defense appropriations and authorization bills before they can be enacted. It remains to be seen what provisions and funding levels the final versions of the legislation will include. 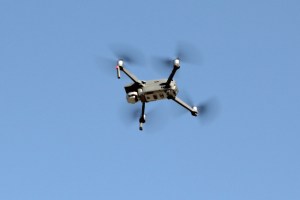