This formal title change was deemed effective and publicly announced on Monday. The shift is ultimately meant to better convey a more sharpened scope of SDA’s in-the-making, layered satellite network and associated elements.

Formed in 2019 and transitioned under the Space Force’s purview in 2022, the agency seeks to streamline space-aligned procurement processes — and enable the development of a seven-layer, space-based architecture featuring hundreds of satellites and sensors that can cycle out through the years as capabilities progress. For the U.S. military, this envisioned and complex system is organized and deployed in tranches. Once in full operation some time later this decade, the architecture will track targets like missiles and hypersonic vehicles, provide position, navigation and timing in GPS-denied environments, and communicate with technologies on ground stations and other spacecraft.

An SDA official told DefenseScoop on Monday that, as efforts have unfolded to enable the network, leadership has determined that the term NDSA is actually “too broad” and covers more aspects of the overarching hybrid space architecture than the agency initially meant to indicate.

Against the backdrop of this re-labeling, the number of U.S. military, international and commercial satellite constellations in various orbits has been growing exponentially. The official noted that lots of entities “are doing things in space related to national defense — not just the SDA” — so PWSA is appropriately more specific about that network’s function and purpose.

The official added that including “proliferated” in the new moniker spotlights the SDA’s focus on the “hundreds” of low-Earth orbit satellites its architecture will underpin.

They emphasized that this name change “has no impact” to the agency’s ultimate mission.

On the heels of delays, SDA’s next planned launch for its early configurations of Tranche 0 satellites is scheduled for March, the official confirmed. 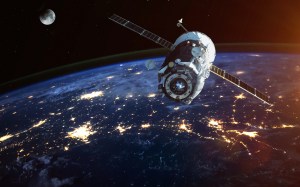