The U.S. military is putting commercial satellite communication technology through its paces to see if it can help its forces communicate better at high northern latitudes.

Communications is a capability gap in the Arctic that needs to be addressed, Gen. Glen VanHerck, commander of U.S. Northern Command and North American Aerospace Defense Command, noted Thursday during a videoconference with reporters at the Pentagon.

He and Adm. Charles Richard, commander of U.S. Strategic Command, are currently in Alaska to meet with allies and partners at forums such as the Arctic Security Forces Roundtable and the Arctic Symposium.

VanHerck noted the benefits of being able to “fuse together that network of allies and partners and the capabilities that they bring.”

However, “we do have work to do … such as additional communications capability above 65 North to give us the ability to command and control” forces, he added.

Satcom can be challenging at higher latitudes due to limitations in the coverage that satellites in geostationary orbit can provide in those areas.

“We’re currently undergoing testing with a couple of companies — OneWeb and Starlink as well — for some additional communications capabilities in the Arctic at this time,” VanHerck said.

The companies have satellite constellations in low-Earth orbit that can provide data and voice communication capabilities.

“The [Defense] Department has been gracious enough to give us funding to provide terminals. We have some terminals in locations in the Arctic that we’re currently evaluating their viability and their capability to provide the command and control that we need from a tactical level in the Arctic for ongoing operations all the way to the strategic level,” he said.

He added: “I’m gonna go visit one of those companies when we’re done here today and take a look at what they offer for us … and how much they’re moving forward. I look forward to continuing to partner with the department throughout this testing to increase our communication capabilities.”

He did not identify which company he planned to visit.

VanHerck said he expects the testing to be completed before the end of the year.

The next step would be to integrate the terminals on platforms and within communication nodes such as command posts and operation centers, to allow U.S. military forces to better share data and information, not only among themselves but also with allies and partners, he said.

“The ability to go accomplish the mission perhaps in a new and better way is something that we’re very alert to. And the idea that we have these commercial capabilities that would enable us to accomplish the mission in a new and better way compared to simply recapitalizing what we’ve done in the past, I think is very exciting. And both Glen and I are looking at opportunities to do that,” he told FedScoop during the briefing. 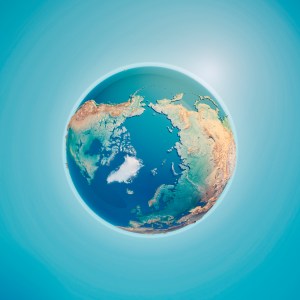